Home Crypto This altcoin is the secret home of Ethereum whales! 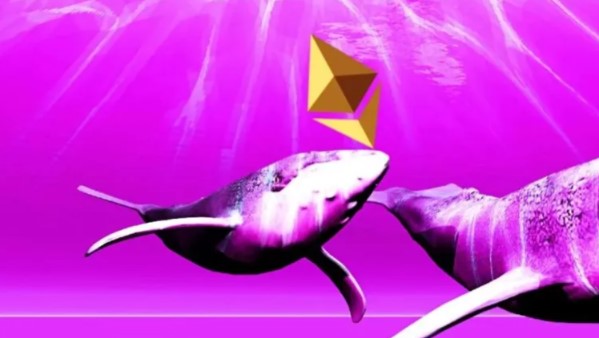 Starting as a joke, Shiba Inu soon got into the list of the top 10 cryptocurrencies, surpassing its chief priest DOGE. Ethereum whales are constantly increasing their investments in SHIB in order to get a decent profit when this altcoin reaches new highs.

Why do Ethereum Whales prefer SHIB?

Although the Shiba Inu have not made much progress this year, their historical data cannot be ignored. In 2021, this altcoin showed a huge growth of 45 million percent. According to experts, the increased trust in the shiba inu ecosystem can also be seen as the reason why SHIB is part of a long-term investment. The massive purchase of shiba Inu tokens by Ethereum whales is seen as evidence of increased confidence in the shiba Inu ecosystem. By launching a Tier 2 scaling solution this year, SHIB has also entered the metaverse world.

Ethereum whales have been interested in investing in shiba inu for a long time. Last December, the ETH whale bought 4 trillion SHIB tokens in a single transaction worth $134 million. According to WhaleStats, which closely tracks the 1000 richest ETH whales, SHIB is considered the best-selling and largest altcoin among the 1000 best ETH wallets. In addition, during the tense phase of the Russian-Ukrainian war, it was noticed that crypto-whales transferred their funds to SHIB.

What problems does SHIB face?

As Somagnews, we previously reported that Shiba Inu’s position as the most popular altcoin among Ethereum whales has been captured by FTX. He rose to the top of the list with the largest number of tokens owned by Ethereum whales. With between 10,000 and 1 million ETH on their balance sheet, these whale addresses have diversified their portfolios in favor of other altcoin projects.

SHIB, which proved itself last year, entered the top 10 holdings and soon became a favorite of these investors. Altcoin is supported by a strong community of its ecosystem and has 43 million more views than bitcoin in 2021. According to experts, in order for the Shiba Inu to rise again and reach unprecedented heights, this community must be supported by their bulls.

An Agreement Has Been Made With South Korea-based Entertainment Agency!