Home Crypto This Altcoin Is The Highest Rising In The Last 24 Hours! 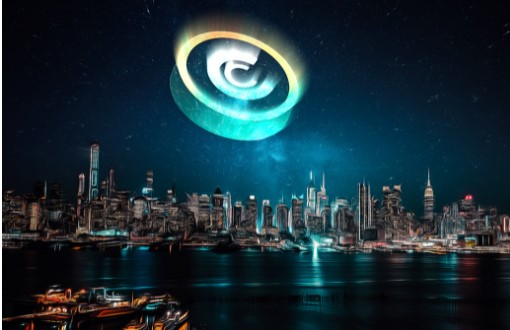 The cryptocurrency market has been experiencing rapid increases and sharp decreases for a while. The flagship cryptocurrency recently started a spike above $42,000 and altcoins have followed suit.

Then, the decline started again and while Bitcoin fell below $ 40,000, there were losses in altcoins. However, with the Fed’s announcement of the interest rate decision, a rapid increase began in Bitcoin and the price rose above $ 40,000 again. Along with BTC, altcoins also increased.

Bitcoin price struggled to stay above the $40,000 support zone. As a result, BTC extended the decline below the $39,550 support area and the 100 hourly simple moving average.

There is also a key bearish trend line forming with resistance near $39,000 on the hourly chart of the BTC/USD pair. The price could gain upward momentum if there is a clear move above the $39,000 resistance zone.

However, if Bitcoin fails to clear the $39,550 resistance zone, it could continue to move lower. In the stated case, it could start a decline towards the $36,600 level of Bitcoin.

As of the writing of the content, the leading cryptocurrency Bitcoin (BTC) continues to trade at $38,537, down 1.99% in the last 24 hours, according to data from CoinMarketCap.

Price movements in the leading cryptocurrency affect altcoins quite a lot. With the increases in Bitcoin, altcoins move upwards, while the slightest decrease finds the altcoin market bloody.

Ethereum (ETH), the second largest cryptocurrency in terms of market value, moved upwards with the increase in Bitcoin the other day and managed to rise to the level of $ 2,631. However, later, with the decreases in Bitcoin, the price started to decline again.

On the other hand, when we look at other altcoins, the situation is as follows;

Up To 30% Increase In This Altcoin

So much so that Stacks (STX) continues to trade at $1.37, recording a 28.20% increase in the last 24 hours while most of the cryptocurrency market is in the red.

Famous Economist: Bitcoin Price Will Explode On This Date!

Legendary Analyst with His Predictions: These 5 Altcoins Will Increase Exponentially!