Home Crypto This Altcoin Has Partnered With Microsoft: Its Price Exploded! 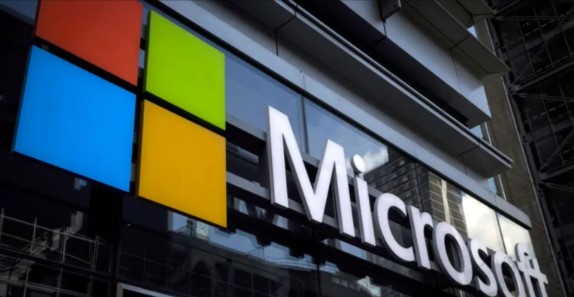 An altcoin project from the Polkadot (DOT) ecosystem has announced its partnership with Microsoft. After the announcement made in the past hours, the cryptocurrencies of the relevant ecosystem started to rise.

AstridDAO, a decentralized multilateral stablecoin project based on Astar and serving the Polkadot ecosystem, announced a collaboration with Microsoft and joins the Microsoft for Startups program to accelerate the adoption of stablecoin BAI. With Microsoft’s support, AstridDAO will accelerate product delivery time and maximize market impact. Microsoft will also offer benefits of up to $350,000 through Github Enterprise, Microsoft Teams, and Azure credits.

As we covered in Somanews news, AstridDAO announced that it has joined the Microsoft for Startups program. This partnership removes traditional barriers to starting a company. Now, with the support of Microsoft, AstridDAO is officially backed by one of the most innovative tech-driven companies in history.

Altcoin price spiked in a short time after the announcement

Astar (ASTR), the 231st largest cryptocurrency by market capitalization, rose more than 30% after the Microsoft announcement. At the time of writing, it is trading at $0.06156 with a slight correction.

AstridDAO is a decentralized money market protocol and multi-collateralized stablecoin built on the Astar and Polkadot ecosystem, allowing users to borrow BAI, a USD-pegged stablecoin against risk assets with 0% interest and minimum collateral. This mechanism allows users to redeem without selling, including ASTR, BTC, ETH and DOT.

Astar Network, on the other hand, is considered the best Parachain in Polkadot in many respects. Since winning the Parachain auction in January 2022, Astar Network has been the top parachain in the Polkadot ecosystem for TVL and most of the transferred Ethereum assets. It also supports dApps using multiple virtual machines (VMs), such as WASM and EVM, and offers technology solutions and financial incentives for Web3 developers to build secure, scalable and interoperable networks through Build2Earn and the Astar Launchpad Program.

Ethereum 2022 Forecasts! The Future of Ethereum!