Home Crypto This Altcoin Has Bounced Off The Board With The Announcement Of Airdrop! 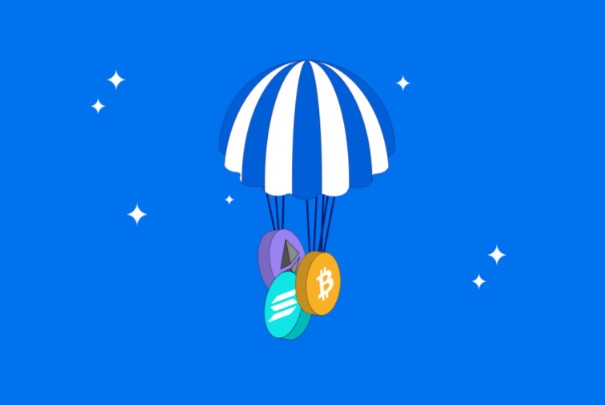 Layer 2 (L2) solutions for the Ethereum (ETH) network gained prominence last year due to the need for scalable networks offering low-fee transactions. This has led to numerous projects to create bridges between chains with competing blockchain networks. Altcoin, which has benefited from the growth of L2 scaling solutions, began to grow with the announcement of airdrop. How Kriptokoin.com , we transmit the details.

There are catalysts for this altcoin project to gain value

Synthetix (SNX) is a project that uses the growth of L2 scaling solutions, a decentralized finance protocol (DeFi) that allows you to create synthetic assets, allows you to produce derivatives and futures on the blockchain. Since falling to $4.44 on April 11, the altcoin project price has increased by about 52.6 percent, reaching $6.78 on April 26. Subsequently, he was influenced by the downward momentum in the markets, and he made some adjustments.

Although most cryptocurrencies on the market are bearish, there are potential catalysts for further SNX price increases. One of the biggest improvements to the Synthetix protocol, along with the announcement of airdrop, was its release on the L2 Optimism network. Synthetix has recently used its launch in Optimism to take a more active part in “Curve Wars”, and currently offers the highest incentive to encourage CRV voters to vote for Curvepool sUSD. Synthetix is also partnering with Lyra Finance (LYRA) to offer 12,000 SNX and 50,000 LYRA per week as an additional incentive for veCRV voters.

L2 Distribution Season could be a Catalyst for SNX

The second reason why the SNX price may rise in the future is investors’ expectation that the airdrop season for L2 protocols may occur. There has been a lot of speculation that Optimism and Arbitrum, two of the most popular L2 networks in the crypto ecosystem, will eventually distribute their protocol tokens to the first users of the networks. This assumption became a reality after Optimism unveiled the first details of the Optimism Collective, a “large-scale experiment in digital democratic governance” created “to ensure the rapid and sustainable growth of a decentralized ecosystem.”

Along with the launch of Optimism Collective, the OP management token is being launched, where 5 percent of the initial offer will be distributed among the first users through distribution. For those who could not participate in the first round of airdrops, there is still a chance to actively participate in future airdrops on the network using protocols such as Synthetix. Since Synthetix offers futures on Optimism, the protocol could benefit users who are looking for ways to stay active on the network, which could increase demand for SNX. In addition to being able to get a handout of OP, SNX enthusiasts were drawn to optimism with the 81 percent bet reward currently offered by the protocol. Another indication of Synthetix’s growing popularity can be found in the platform’s optimism metrics, which have been steadily growing over the past month, according to Dune Analytics. The number of investors in the protocol has been growing since it began trading futures in mid-March, with the total trading volume under the protocol being about $1.59 billion.

Crypto Move from the Famous Giant of the Finance Industry!