Home Crypto This Altcoin Breaks Resistance But May Drop! 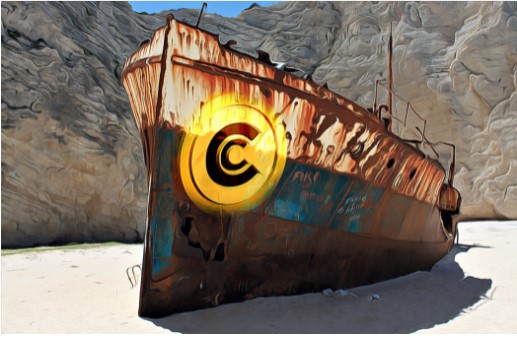 This altcoin, which has been affected by the rise of Bitcoin, has exceeded the important resistance level. However, some technical indicators are still pointing to the decline. So what levels should investors follow? Under what conditions is the continuation of the ascension possible? Here are all the details.

Bitcoin Cash has been in a steady downtrend since November last year, but last week the coin showed some signs that this trend could break or at least stop. There were two importance ranges for Bitcoin Cash on longer timeframes. Buyers, especially risk-averse ones, may consider staying away from Bitcoin Cash until the $400 level is turned into a support zone. On the other hand, such a move could just be a liquidity grab before new lows.

How will the altcoin, which was described as a disappointment by Vitalik Buterin, perform in the coming days?

Orange levels indicate a range between $400 and $720 where BCH was trading from early January to late December. In mid-January of this year, the price formed a new range (white) from $272 to $345. BCH has broken out of this range over the past few days and has experienced some bullish momentum over the past two weeks. Another thing to note is that BCH has recorded a series of lows since November and this one has been broken in the past few days.

While this is an encouraging development for the bulls, it still has a long way to go to establish an uptrend. First off, the $400 area will likely be a strong resistance zone as these are the lows of the previous range. The increase in prices due to buying demand last week was also reflected in the momentum indicator. The RSI has climbed to 70 and is currently sitting at 64.2. OBV has also created a string of high lows in the past two months. However, this is not yet an indication of a change in trend.

The Directional Movement Index showed the continuation of a strong uptrend with both ADX (yellow) and +DI (green) well above the 20 mark. The conclusion drawn from both the indicators and price action is that while there was a breakout in a three-month range, heavy upside resistance still remains. Bitcoin Cash is pretty closely related to how Bitcoin itself moves on the chart, with Bitcoin having a resistance between $46k and $48,000. Therefore, the $360-$400 area for Bitcoin Cash is an area to watch out for.

What Happens To Cryptocurrencies If The FED Increases Rates?

Bitcoin Criticism From The Founder Of Cardano