Home Tech This AI scolds politicians who are distracted by mobile 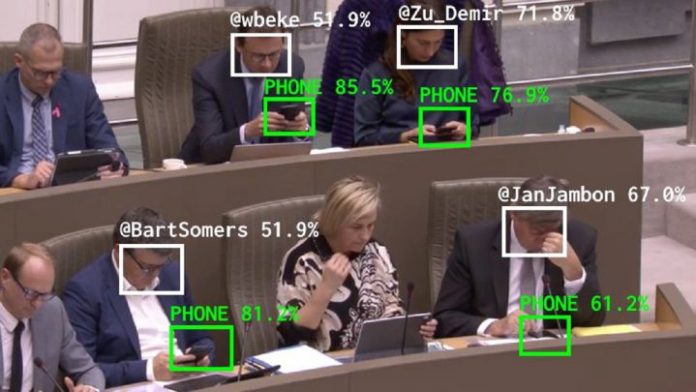 Artificial intelligence is very helpful for all those who need to automate a job in a digital environment. Surely you have already worked with one and you did not know it, mainly using your smartphone. But on the Internet there are many applications, some very useful for productivity and others that are funny for many. Belgian politicians may not be very happy about this that we present to you The Flemish Scrollers, it is an artificial intelligence that scolds politicians on Twitter.

The AI ​​that tweets clueless politicians

When a person gets bored, he usually picks up his cell phone to distract himself. This is a bad part of these devices given the large number of applications out there and they serve all kinds of purposes. This, in addition, poses a risk to social relationships since it diminishes the importance of conversations and takes away from the speaker. And the latter is usually very important when a session is held in a parliament as is the case in Belgium.

It turns out that all politicians will be judged under the watchful eye of a robot that scolds politicians who are distracted by mobile phones. His name is The Flemish Scrollers, which has its own Twitter account to ‘do justice’ in front of members of the chamber who attend to their cell phones instead of the issues being debated.

The operation is very simple: it is a facial recognition intelligence that is capable of recognizing all the people who appear in a live video image. The interesting thing is that it not only recognizes them, but it has a system that finds their Twitter accounts for its second function. Once he recognizes that an individual is looking at the phone, he automatically sends a message to Twitter with a video in which it is shown that he was not attentive. But of course, it is not a direct message, but rather it exposes the evidence with a public tweet mentioning the user.