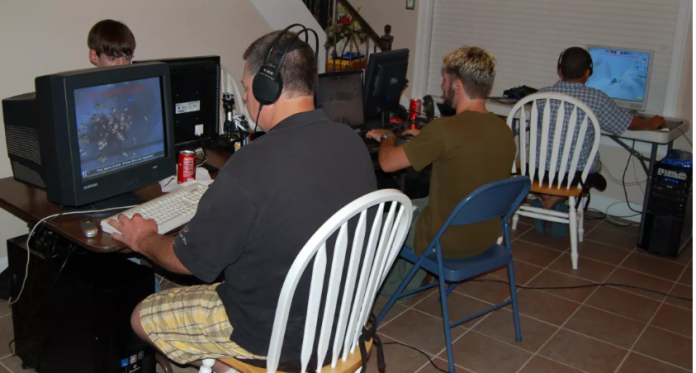 Remember when: you often left a party on the local network, feeling exhausted, slightly nauseous or just sick. On paper, it sounds uncomfortable and pathetic, but those who had a chance to experience a real LAN party in the golden era remember how magical it really was. Before the advent of broadband, competing with friends meant moving a computer and monitor to a central location and physically connecting everything together via a local area network (LAN). After fixing all the network problems and getting everyone on the same page in terms of software (a process that could take a whole day or more), what often followed was junk food and a caffeine-fueled marathon of games where trash talk reigned supreme, the look at the screen was condemned, and the concept of sleep was ridiculed.

Author Merritt K. hopes to pack some of this magic into a new book called LAN Party. At first glance, this is a photographic celebration of the gaming sessions of the past years. In fact, this is a typhoon of nostalgia, which covers not only the technologies of the late 90s and early 2000s, but also culture, fashion and even home decor.

Online parties still exist, even on a large scale, but attempts to recreate the past are often doomed to failure. At first there was a hope that virtual reality would be able to revive the spirit of parties over a local network, but it never came true.

LAN Party is looking for funding for Volume and is already more than halfway home with promises of over $30,000 and 35 days to go. Those interested in supporting the 167-page hardcover book will have to shell out a minimum of $40 to get a copy. If everything goes according to plan, LAN Party will be released in the fall of 2022. If the campaign is not fully funded by December 15, all contributions will be fully refunded.

Interview with David Chang: A Look at Game Art Design