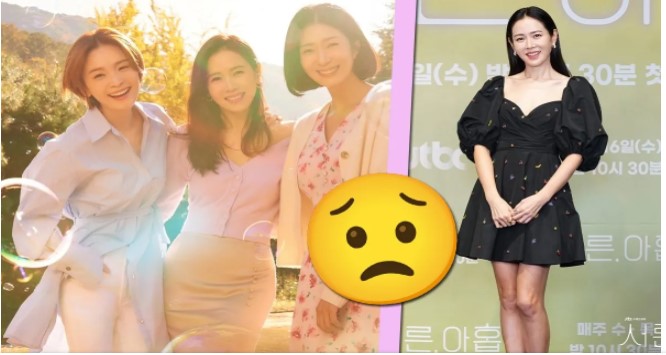 We tell you why Thirty Nine is facing criticism, the drama will not broadcast the next episodes as planned, and here we tell you why.

Among the most anticipated drama premieres for the first part of 2022, Thirty Nine raised the expectations of the audience by announcing that it would be a touching and funny story of friendship, romance and life lessons, but not everything is going well for the story.

The JTBC production airs every Wednesday and Thursday, taking the time slot that was previously occupied by Artificial City, however although the story starring Son Ye Jin, Jeon Mi Do and Kim Ji Hyun received attention from the audience, it is now facing harsh criticism. .

Right in the middle of this situation, the time has come for the drama to be put on hiatus due to schedule adjustments, we tell you the details behind the bad comments to the drama and also the suspension of its broadcast.

The story of this Korean drama leads us to meet four women who are very good friends and also have in common that they are about to reach 40 years old. Through the episodes we see their connection, the romances that each one develops and even a little of her work, but the negative opinions have begun to arrive.

Thirty Nine received criticism because many netizens pointed out that the story is romanticizing extramarital relationships, so even if the actors are loved by the public, some followers of the plot have commented that such stories should not be aired on television. Do you agree with it?

WHEN WILL THIRTY NINE AIR AGAIN AND WHY WAS IT PAUSED?

JTBC announced that new episodes of Son Ye Jin’s drama will not be aired as planned for the next week, but instead will air a special that gathers stills from the episodes seen so far.

Although we might think that this pause is due to the criticism surrounding the K-Drama, it is actually due to the upcoming presidential election, so the production will continue to broadcast normally after that.

On the other hand, we recommend you some K-Dramas that are not that popular but have great stories, so you should watch them at least once.

Beyoncé on the poster for the next James Bond? We know...

JUNGKOOK ACHIEVES THIS T-SHIRT IN MINUTES