Home Celebrity The Third Season of After Life is Confirmed by a Development that... 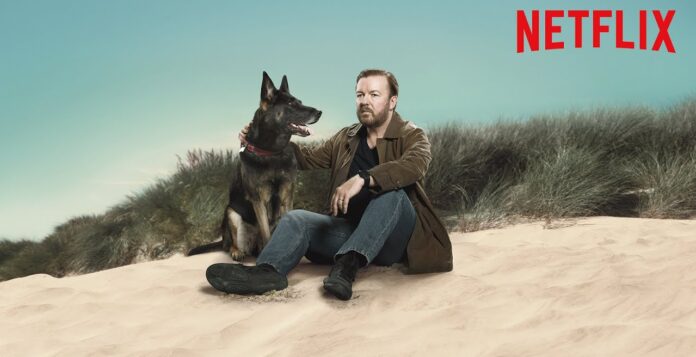 Netflix’s popular drama After Life is approaching the end. The actor of the series, famous comedian Ricky Gervais, announced that they will say goodbye to the third season.

Improvement that will upset After Life fans:
After Life; It talks about the new life that middle-aged journalist Tony started when his wife Lisa died of cancer. Thinking of committing suicide after his wife’s death, Tony decides to give up everything he likes from that moment and meets strange people during his adventures. The final decision taken with the third season undoubtedly upset the followers of the series.

“This is a really frightening task,” said Gervais, the lead actor of the series, in another statement about the third season. Especially when you put all your eggs in a basket … ”he said. Joe Wilkinson, who plays Postman Pat in the series, said he hopes to have a happy ending in the series.

On the other hand, finding the reactions of the first season to be quite positive and satisfying, Ricky Gervais said that he had never encountered such reactions before, so he had to work harder to make the second season better. The famous comedian also noted that he fell in love with the characters in the series.

As well as Ricky Gervais in the After Life cast, there are names like Kerry Godliman, Tom Basden, Tony Way, David Bradley and Ashley Jensen. The screenwriter and director of the series is Ricky Gervais, while Charlie Hanson is produced with Gervais. The production is signed by Derek Productions.

TWICE’s Dahyun celebrates his birthday with the love of …

Such a great sun: Ludo about to say goodbye?