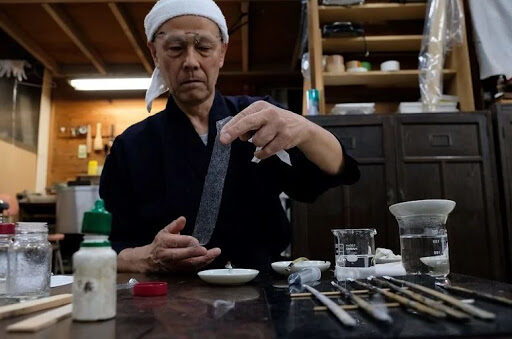 A factory in Japan produces the world’s thinnest paper, called Tengujo, which is almost completely transparent. Although the paper is extremely thin and almost transparent, it also offers serious durability with its long fibers.

Soyeon Choi, the chief paper conservatory at the British Art Center at Yale University, has succeeded in producing the world’s thinnest paper as a result of his efforts to prevent the deterioration in paper from fungi, moisture, heat, light and atmospheric pollutants.

Choosing three pages from a letter written by American farmer Eliza Pinckney in 1753 in 2017, Choi came across small tears and holes around the letters. The ink in which the letter was written deformed the paper, causing corrosion. Choosing to preserve the content of historical documents, Choi decided to proceed precisely and developed the world’s thinnest paper.

The world’s thinnest paper Tengujo saves paper
The paper, called Tengujo, was produced at a factory in Kochi, Japan, by a company called Hidaka Washi. The owner of Hidaka Washi says that the ingredients and the process are simple, they do not use a secret and special formula.

Workers put the kozo plants in a tub that contains water and neri (tororo-aoi plant). The cozo fibers, which react with neri, become sticky, gummy and turn into long white threads that spread evenly. The threads are flattened to form an extremely thin layer. As the liquid dries, these threads touch each other and produce a delicate but interestingly durable paper.

Tengujo can help eliminate damage from many sources and repair paper. “The most elegant way to strengthen everything,” says Choi. Its long fibers make it almost imperceptible, while providing strong structure and support. Nowadays, Tengujo has become a material used in sliding door covers, kimono packaging and tissue paper, in Japan and around the world.

The width of the thinnest tengujo is the same as the diameter of a single fiber of cozo, that is 0.02 millimeters. No other company has been able to copy this structure, which is thinner than human skin, until now. Tengujo can be made so thin that it becomes insignificant in decorative uses. Therefore, it is now a commercial product all over the world for paper saving.

How Good Is The Technical Specifications Of PlayStation 5 Compared To...

Expresso do Amanhã: Sean Bean talks about his character