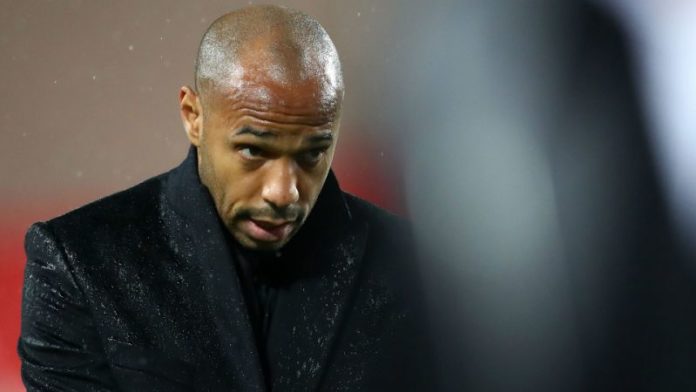 2019 ended quiet for Ernesto Valverde, because Barcelona is at the top of LaLiga and awaits the crossing with Napoli for the knockout stages of the Champions League, but the name of Thierry Henry takes strength as a candidate to replace him in the next season .

The Frenchman was announced in November as a new Montreal Impact coach in MLS, with a two-season contract and an option for a third. It will be his second experience leading a team after a disappointing debut with Monaco in Ligue 1.

However, Henry has a very strong link with the Catalans and Sport anticipates the possibility of his return, in case the leadership decides not to renew the contract with Valverde at the end of this 2019/20.

The former striker played in the Blaugrana club from 2007 to 2010, being part of the Pep Guardiola multi-champion squad: he won La Liga twice and also won a Champions League. His friendship with sports director Eric Abidal adds to the relationship with campus leaders such as Lionel Messi, Piqué and Busquets.

“There are many coincidences that lead to Henry’s path: He is a person who maintains an excellent relationship with technical secretary Éric Abidal, with whom he shared costumes in Barcelona and in the national team; he also gets along with several of the heavyweights of the costumes with which it coincided as is the case of Messi, Busquets and Piqué (protagonists all of them of the sextete) In the dressing room it also has other ‘partners’ with whom it has points in common and it is the wide colony of French players that today populate the Barca costumes, “said the aforementioned portal.

The other names that were being considered are those of Erik Ten Hag (DT of Ajax), Ronald Koeman (directs to the Selection of Holland) and Marcelo Gallardo, although his current commitments would make his arrival to the team of Arturo Vidal difficult. “Henry is a name that is on the table of the technical secretariat, which will continue in magnifying its evolution in the MLS (9th in the last league) to verify the current impression that it is a name that appears in a good position in the in case Valverde doesn’t continue in the club, “they close.

Jamie Winston was injured on Monday: The NFL World Reacts –...