The thief who stole CryptoKitty from a public address crypto artwork created by Kevin Abosch has been revealed. The identity of the thief shocked everyone. Abosch said this came to his mind when his daughters said they wanted cats.

Irish concept artist Kevin Abosch, who uses blockchain technology as a tool, announced that his work, “Stealing The Contents of This Wallet Is a Crime”, an Ethereum wallet that he turned into a work of art, has been subjected to a theft. The work, whose name means “stealing content from this wallet is a crime”, is freely accessible.

The artist turns this accessible address into a work and displays it as “a social experiment that challenges value systems”. This public wallet contained IAMA tokens of his own blood, which the artist launched with another experimental work, “I Am A Coin”, and donations in accordance with cryptocurrency jargon from people who wanted to support his art. 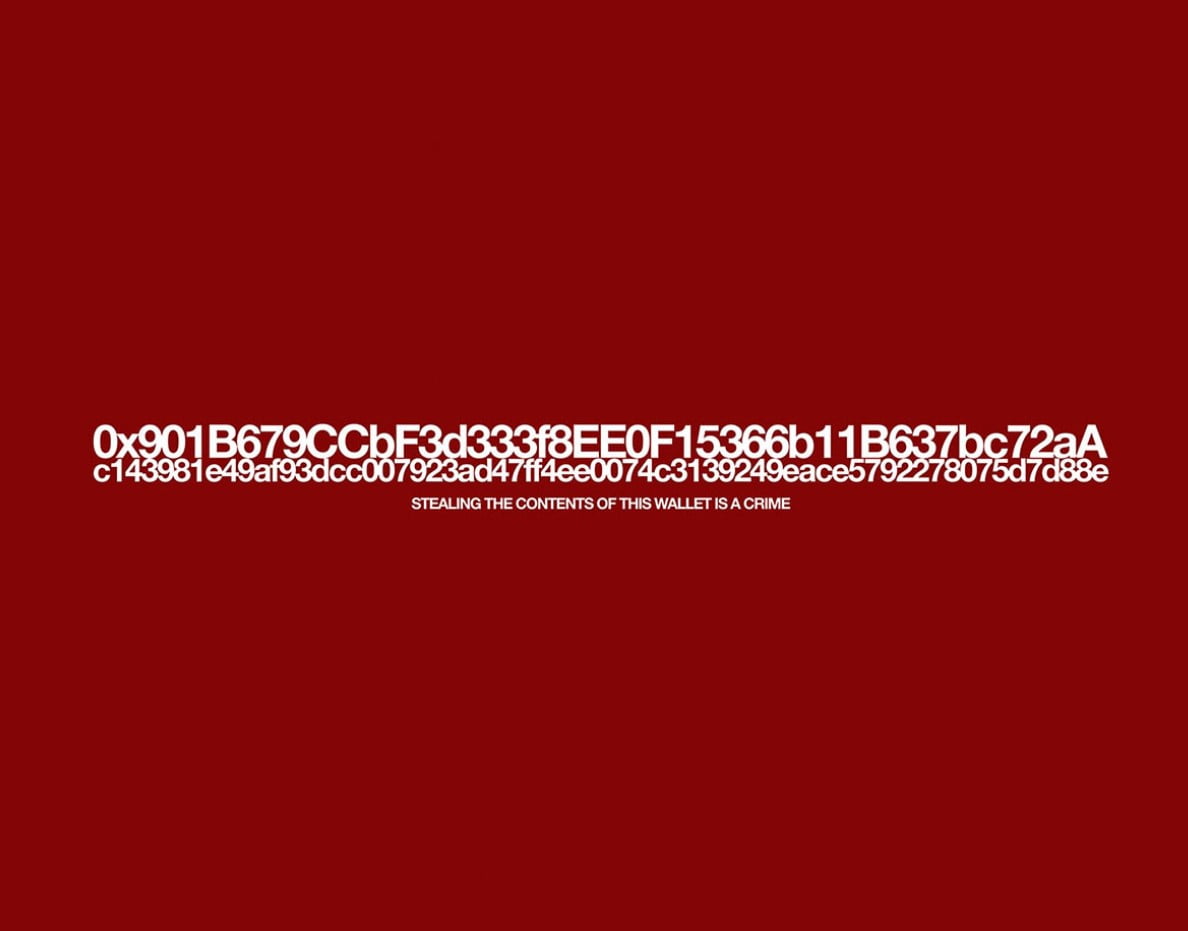 Kevin Abosch said people are interested in the work and have found ways to interact. For example, people performed witty rituals such as accessing the open wallet to withdraw 666 IAMA tokens and then deposit them back into the wallet.

“I think people just want to interact and be a part of art”
For this reason, the fact that the wallet is a CryptoKitty stolen from inside has been met with a great reaction on the front of those who follow art. People said the purpose was defiled and that this was unusually malicious. In an interview with Abosch on the events, he was asked whether he was sorry for this theft. An unexpected answer came from Abosch.

“My daughters said they wanted a kitten”

As Abosch explained to Cointelegraph, a friend said he sent him a famous blockchain-based game and a token called “IAMA Kitty” from CryptoKitties, a NFT. Abosch said he thought of this as a gift from CryptoKitties developed by Dapper Labs.

The artist admitted that when he saw the cat token, he thought “I have to have this” and that he himself stole the cat from his artwork. Also, Abosch stated that her little daughters wanted a kitten from her.

“Let’s see how the girls will react when they see this.”

Will Final Fantasy XVI come out on PC?

Xbox Series X: what the back of the console will look...