Home Entertainment They/They: Everything We Know about the upcoming Blumhouse Horror Movie 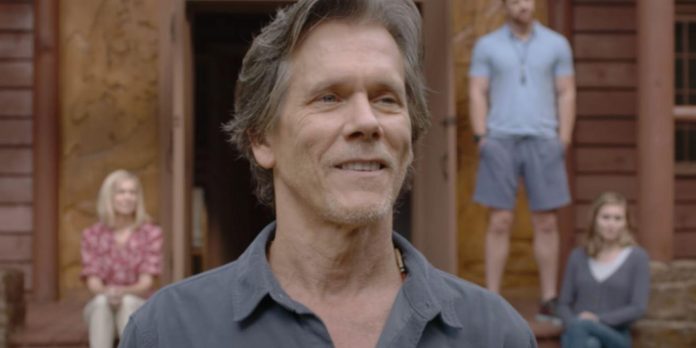 Every year horror fans look forward to seeing which films Blumhouse will release. In 2022, the company released “Black Phone” based on the story of Joe Hill, as well as a reboot of Firestarter, a country music film “Broken Hearts” and Dashcam, the sequel to Rob Savage’s popular film “Host”. There’s still more to come this year: “Revenge,” the final film of David Gordon Green’s “Halloween Ends” trilogy, and “Them/Them.”

“They/They” starring Kevin Bacon. This is a long-awaited horror movie that will be released later in the summer of 2022, and horror fans definitely want to know more about it.

In “Them/Them,” Owen Whistler and his wife run Camp Whistler, a camp for LGBTQ high school students that does conversion therapy. When new vacationers are met for the season, people begin to be killed, and it becomes clear that a lot of sinister things are happening here.

Director John Logan shared that he has always been a fan of the horror genre, and told why he wanted to make this film. According to People, Logan said: “I wanted to make a movie that celebrates queer, with characters I never saw growing up. When people leave the film, I hope they will remember the incredible love that these children have for each other and how this love should be protected and celebrated.”

Blumhouse co-directed the documentary Prey Away with Ryan Murphy, which was screened at the Tribeca Film Festival in June 2021. The film has also become available for streaming on Netflix.

There is a debate about whether the slasher genre should be elevated, and “They/They” is exactly the film that the audience wants to see. It’s a slasher with all the elements of filmmaking, but it also explores a very important topic. Many horror films take place in the summer, including in the camp, as it always works. They/They are taking a classic summer camp location, and the whole horror lies in what Owen and his team are doing.

The teaser trailer begins with Owen greeting the campers and saying, “This is a safe place… for everyone.” Owen has an evil grin on his face, and it’s clear that, of course, it couldn’t be further from the truth.

Kevin Bacon plays the main character Owen Whistler, and Carrie Preston plays his wife Cora. Anna Klamsky plays Molly, who has just been hired at the camp and she works as a medic. Theo Germain plays the role of Jordan. Klamsky is best known for the role of Wada Sultanfuss in the sweet tearful film “My Girl” (1991) with Macaulay Kalkin. The actor also starred in the films “Vice President”, “Inventing Anna” and most recently voiced Charlotte Pickles in the reboot of “Oh, these Kids”.

Kevin Bacon is no stranger to the horror genre, and fans expect him to demonstrate an incredible game of “Them/Them”. From Kevin Bacon’s TV series “In the Footsteps” to the 1999 film “Mixing the Echo”, which suffered from poor timing, as it was released around the same time as the acclaimed “Sixth Sense”, Bacon perfectly portrays tough and vulnerable characters.

Theo Germain’s character, Jordan, is transgender and non-binary and, according to Variety, has agreed to go to camp and then plans to become emancipated. Jordan is a character who begins to study the history of the camp when people start being killed. John Logan told Entertainment Weekly, “The movie starts with their face and ends with their face, and their journey is the emotional core of the movie. I saw Theo on TV and thought they were really adorable, so they read for me. and it was fantastic. I’m very excited and excited that so many people will see what Theo is capable of.”

John Logan is the director of They/They, and this is Logan’s first film that he directed.

“Peacock” is a great place where you can find high—quality TV shows, as well as horror films, since “Halloween Kills” debuted in cinemas and “Peacock” at the same time.

According to The Wrap, Jason Bloom wanted “Halloween Kills” to be released on “Peacock” because “Freaky,” released in 2022, had no box office. Blum said: “I didn’t want a movie that I’m really proud of, that I think is great, and that there was an excuse why people didn’t see it. So I introduced Universal, then I introduced Jamie [Lee Curtis] and David [Gordon Green], and that was my idea. I’m standing behind him. I’m glad we’re doing this.”