Home Entertainment They/They Directed by John Logan about Kevin Bacon and that Friday, the... 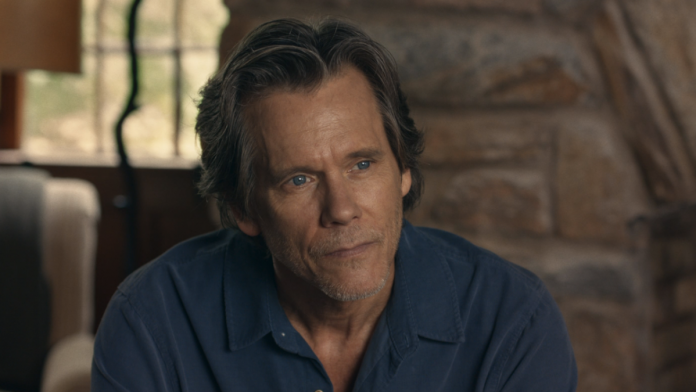 The horror genre has been experiencing an exciting revival for about a decade, to the delight of fans. Many modern classics have been created by Blumhouse Productions, including the new Peacock release They/Them. And director John Logan told CinemaBlend about Kevin Bacon and that Friday, the 13th Easter egg.

The action of the new slasher “They/They” (opens in a new tab) unfolds in the process of gay conversion therapy, and it features refreshingly authentic young queer actors. But in the first place is none other than Kevin Bacon, who plays the owner of the camp Owen Whistler. Hardcore horror fans will recognize Bacon from the classic slasher “Friday the 13th”, and the new horror movie even has a reference to Jason Voorhees during its execution. As you can see in the video above, I had the honor of talking to director/screenwriter John Logan and the cast before the release of “They/They”, where he talked about why he included Bacon and this reference in the film. As Logan said,

Kevin was everything to me. Because when I first started writing, I very rarely thought about individual actors. But Kevin kept coming into my head while I was painting the image of Owen Whistler. Because Kevin has this alchemical ability to transform from completely charming to completely sinister. Both are quite plausible. I was desperately writing this for Kevin. Fortunately, he reacted favorably, and I was able to drag him back into the world of the Slasher camp once again.

When the first trailer for “Them/Them” was posted online, it definitely created the atmosphere of “Friday the 13th” mixed with “Away” by Jordan Peele. Kevin Bacon’s presence also helped convey the retro vibe from his first horror movie. And perhaps it shouldn’t have come as a surprise that Jason Voorhees’ name was eventually omitted during the 104-minute run of “They/They.”

Kevin Bacon has a long history with the horror genre, dating back to the original 1980 film “Friday the 13th.” Before “They/They”, he returned to horror again with “You Should Have Left” with Amanda Seyfried. And Bacon was able to be both charming and terrifying in his role as Owen Whistler, especially during the “therapy” scenes for young LGBTQ+ characters.

In addition to the role of Owen Whistler, Kevin Bacon also supported the release of “They/They”, acting as an executive producer of the new horror film. And after working on a unique LGBTQ+ story, he also became an ally. Namely, by supporting an organization called Born Perfect, whose goal is to bring the camps of therapeutic conversation closer together in the real world. Unsurprisingly, the Footloose icon continues to be a beloved screen legend.

They/they are currently being broadcast on Peacock. Be sure to check out the release dates of the films in 2022 to plan your next movie.