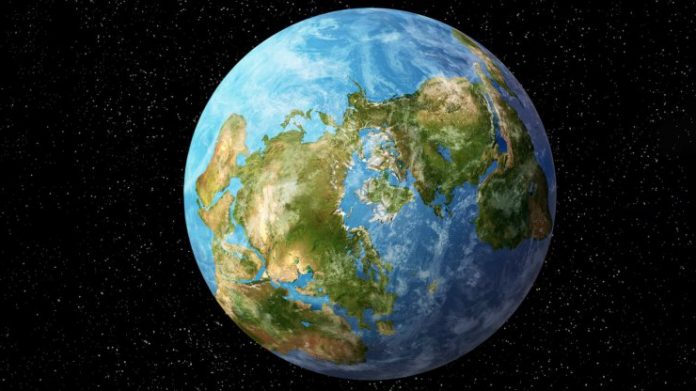 Researchers believe that Eurasia will collide with the Americas and form a new supercontinent, “Amasia.”

Nearly 200 million years have passed since the present moment, the continents have come together and have formed a new supercontinent that encompasses them all. Researchers have dubbed it Amasia, and it is very likely that this will look like Earth in the distant future.

Now, based on numerous geological data from that remote past, a team of researchers has predicted when and where Amasia, the next supercontinent that Earth will see, will form. Their results have been published in the journal Geology.

They have revealed the shape of the Earth

After 100-200 million years from now all continents will assemble into a single land mark called Amasia. pic.twitter.com/Xkj2nAOFP1

The continents all sit on tectonic plates, which, as has been said, are large slabs of crust that float on the mantle. In a sense, the mantle behaves like a pot of boiling water: heated by the fiery, molten core of the Earth, it moves slowly.

The earth’s crust, for its part, is created and destroyed in a cycle that has no end. On the one hand, along the ocean ridges, huge underwater ridges that cross the oceans at their centers, the mantle emerges from the depths and cools, creating new crust and pushing the older one, which moves away from the ridges until it reaches the so-called “subduction zones”, near the continental edges, where it submerges, again, to the depths of the mantle.

What they discovered is that the continents tend to move “downhill” towards the subduction zones, where they sink back into the depths of the Earth. Mitchell calls those areas “subduction belts” because continental plates, he says, are too big and thick to sink again and “get stuck.”

Concept Design that Demonstrates the Future of iPhone 12 with a...