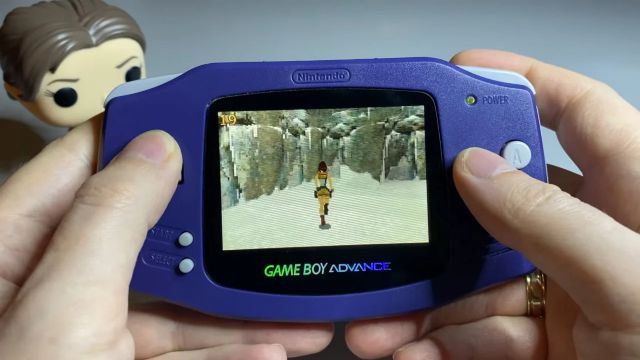 Tomb Raider: Two decades after its launch, the Nintendo portable shows one of the most colorful video games in its history. Last year 2021 Game Boy Advance celebrated its twentieth anniversary. The classic Nintendo handheld console, which was promoted as a 32-bit machine, was capable of displaying three-dimensional graphics, but none of them on the level of the first Tomb Raider. The passage of time, the knowledge of the system and the effort of a fan has made the impossible possible: that Lara Croft’s game is doing so well on GBA.

This is Open Lara, a version of the classic Tomb Raider that is currently in the alpha phase, although just watch the video that accompanies this news to discover the impressive results that have been achieved. Not only does it look great, but the performance and framerate are impressively smooth.

Better than the N-Gage version?

Tomb Raider is a video game that was released on systems like PlayStation or Sega Saturn. In the portable field, the Nokia N-Gage console, which was also a mobile phone, received its respective adaptation. Some followers of the project point out that this alpha for Game Boy Advance runs even better than on the Nokia device. According to its creator, Timur ‘Xprogrer’ Gagier, his intention is to continue optimizing this build. It also drops the possibility of launching it on Nintendo DS when the time comes.

The saga starring Lara Croft has evolved over all these years. The time came when the classic formula ended up exhausting itself, which is why Square Enix, now owner of the IP, developed a reboot. The latest trilogy features an inexperienced Lara who transforms into the explorer we all know.

The next project is already underway, although they have not yet revealed details about it. Of course, the objective is to merge the classic formula with that of the restart. At the moment they are just words.

It became known about a LARGE increase in the salary of...