Home Tech They make them talk, the world speaks to them! 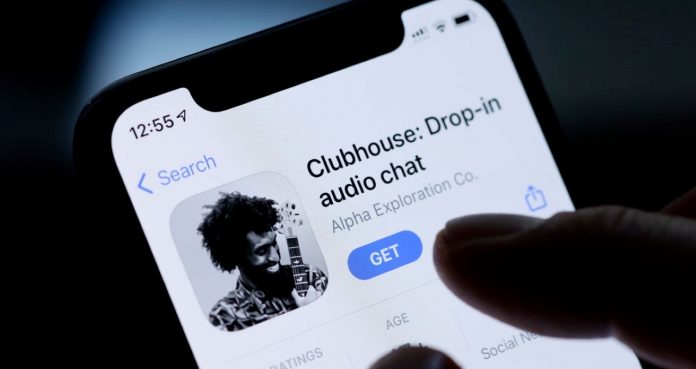 Clubhouse audio social media application, which has been experiencing a user boom in recent days, is still on the agenda. Launched for the first time last year, Clubhouse suddenly popularized the number of active users to over 2 million. The owners of the application suddenly came to the agenda of the world. So who are the founders of Clubhouse? Here is the story of Paul Davison and Rohan Seth, who climbed the success steps step by step …

Unlike Facebook, Instagram and Twitter, which adopt written and visual sharing as a concept, Clubhouse, which only allows voice chat, continues to grow rapidly all over the world, including our country. According to the latest information, this social media application, which received serious investments in a short time, achieved a first by increasing its value to over $ 1 billion.

We naturally begin to investigate who are the founders of this social media platform, which can only be accessed by invitation and is instantly popular. Here in this article, we will take a look at the lives of Paul Davison and Rohan Seth, the founders of the Clubhouse application.

Who is Paul Davison?

Gained experience by doing an internship at Google

Paul Davison, who is also a very entrepreneurial person in his business life, improved himself by doing an internship in the operations department at Google, one of the largest technology companies in the world. Paul Davison, who later left Google, started to work at Metaweb Technologies, which was acquired by Google in 2010.

Paul Davison, who had a very successful period with Highlight, of which he was the founder and CEO, made his first big deal at the end of 4 years and made his name known all over the world. Pinterest, one of the largest board-based social networking apps in the world, bought the Highlight social network app in July 2016, and Paul Davison started to deal with issues such as the production of various content and features on Pinterest.

After about 2 years of Pinterest adventure, he turned to Crypto coins, which he was interested in in the past. He started working as CEO of cryptocurrency platform Coinlist. Summarizing the reason for his orientation to cryptocurrencies as “There are many things that have not been done on the Internet and crypto coins are one of them”, Davison founded Alpha Exploration with Rohan Seth in 2020 and laid the foundations of the Clubhouse social media application. On top of all these developments, Paul Davison and Rohan Seth, who launched the Clubhouse audio social media app in April 2020, inspire everyone with a beautiful success story.

Who is Rohan Seth?

The two Clubhouse founders also came out of Stanford University. Having graduated from Stanford University in computer engineering, Rohan Seth did an internship at Xerox in 2004. He caught the attention of Google in 2006 and joined the company. Rohan Seth, who worked as a software engineer at Google for 6 years, had an important position in the company.

Saying that “Computers and software are the greatest values ​​of my life”, Rohan Seth had a serious share in the development of applications such as the Android operating system and Google Maps. At the same time, Rohan Seth, who has also made many initiatives within Google, had a significant share, especially in the development of the Android operating system.

Awarded with the Google Founders Award

Rohan Seth, who was very successful in software, was a person who just needed Google. As it is known, he led the development of the Location Platform used in the first version of the Android operating system. Also, Seth, the co-founder and technology leader of Google’s User Location platform, played a major role in creating the infrastructure of Google Maps that we use today, receiving billions of location reports from users every day. Rohan Seth received the Google Founders Award for these efforts. “We used Google’s device network to create the world’s most advanced cell / Wi-Fi-based location technology, and we designed the SDK to enable thousands of location-based applications today, on both iOS and Android,” Seth said at the awards ceremony.

Rohan Seth split his way with Google was not due to any failure. Thinking that he has now completed his mission within the company, Rohan Seth left Google in 2012 and founded Memry Labs, his first venture to develop social media applications for his customers in 2014. During this period, Memry Labs, which developed many social applications, had ‘Phone-a-Friend, #hashtag, KIT Bot and Goofer’ in the inventory. The applications developed by the company were highly appreciated and were shown among the best applications by Apple.

The highly successful Memry Labs caught the attention of large companies and was acquired by Opendoor. Following the acquisition of his company, Rohan Seth continued to support his former company, which was sold for two years.

He founded Lydian Accelerator because of his daughter’s illness

In the process, Rohan Seth, the father, learned that his daughter Lydia would be severely disabled due to a spontaneous mutation in a critical gene called KCNQ2, which controls brain functions. Seth, who founded the Lydia Accelerator for his daughter Lydia, who could not walk or talk in any way, and other babies suffering from the same disease, stated that they have started a non-profit research accelerator for the genetic treatment of the disease. In this way, the long-term effect of the disease will be ended and patients will be provided with a better quality of life.

Founded the Clubhouse with Paul Davison

Rohan Seth, who has been working on his daughter’s illness for about a year and dealing with Lydia Accelerator, first founded Alpha Exploration with Paul Davison in 2020. Later, he established the Clubhouse, which has become almost the most popular social media application today, with Davison and made a serious success story.

When Calls The Heart: talking about his character

Amazon will distribute Covid-19 test kits to the world!