Home Entertainment They Imagine Elden Ring On The First PlayStation: This Would Be Its... 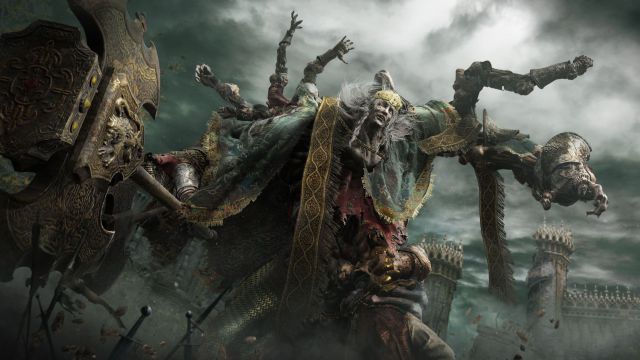 Elden Ring: Youtuber Hoolopee recreates the Elden Ring trailer as if it were a work of the first PlayStation: this is what it would look like in the 90s. One of the most anticipated games of the year has been in stores since last Friday the 25th, and it has shaken the world of video games in ways we couldn’t have imagined. Not content with breaking Metacritic, positioning itself as one of the best-rated games in history -with a 10 in this house-, Elden Ring also does so in players on Steam and views on Twitch.

With this earthquake caused by the work of From Software, it was a matter of time, a little, before all kinds of viral content began to be made, among which is this curious trailer made as if it were the year 1996, when the first PlayStation reigned in stores around the world.

It has been in Kotaku where they have echoed this great recreation by Hoolopee, a YouTube user who claims to have invested a month in the trailer, made with the Blender animation tool. Taking a look at his channel we can discover similar recreations of some recent titles such as Resident Evil Village or Death Stranding.

He is already a serious candidate for GOTY

As we said before, Elden Ring collects perfect scores throughout various specialized media, which has led it to boast, for the moment, of a spectacular average score of 97 on Metacritic. “Elden Ring is a monstrosity of a game, in the best possible sense. It is a work that does not collapse before impossible expectations and amazes us with new horizons and discoveries for dozens and dozens of hours,” we said in our analysis by Franchuzas. “An extraordinary milestone that will likely cast as long a shadow over other open world games as Dark Souls has already done over action RPGs over the past decade.”