Home Entertainment They find a copy of the Mario demo adapted by the creators... 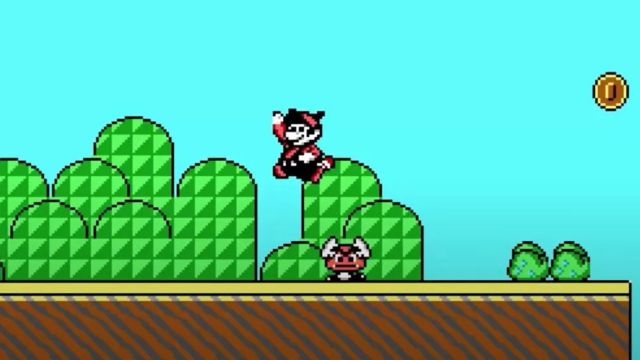 DOOM: The demo disc has been sent to the Strong National Museum of Play, so it may be preserved. Three decades have passed since id Software began operating as an independent studio. The developer has triumphed with titles like DOOM, an intellectual property that continues to be valid today. However, before they hit the pitch, John Romero, John Carmack and company worked on a port of Super Mario Bros. 3 for PC, which they developed using their own technology. Now the Strong National Museum has acquired a copy, so that the title can be preserved for posterity.

This concept prototype, which never became a commercial product, was used by id Software to test the engine used in Commander Keen. The existence of this port of Super Mario Bros. 3 was made known by Romero himself in a 2015 video. On the other hand, the copy that the museum currently has has been sent directly to them. Speaking to Ars Technica, the museum’s Andrew Borman stated that the album was included in a larger shipment from a developer who was not involved in the creative process of the demo, but received it “while he was working.”

They didn’t expect to find her

“It was not something I expected to see in this donation, but it was extremely exciting as I saw the video that Romero shared in 2015,” says Borman. As it has come to light, in addition to everything shown so far, level 1-4 is also included. Although the demo will be preserved, the museum does not plan to display it in public. Of course, researchers can send requests to access it.

Super Mario Bros. 3 originally went on sale for the NES. Nintendo hasn’t adapted any of these main games to PC, beyond the odd spin-off. Those in Kyoto are very jealous of their intellectual properties, which serve to nurture their own platforms, despite the fact that in recent years they have also worked on titles for mobile devices.

Lost Ark: What Is The Origin Of The Fashionable MMO?