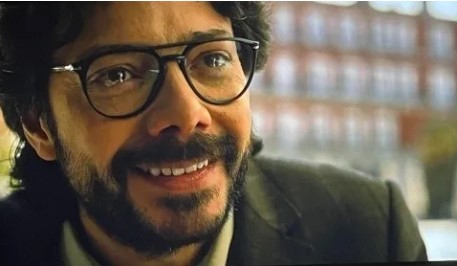 La Casa de Papel, the Spanish series that launched in May 2017, came to an end on Friday, December 3, when the last five episodes of season 5 appeared on the Netflix streaming platform to close the story of the gang of thieves. led by The Professor, the sinister character played by Álvaro Morte.

Let’s remember that La Casa de Papel appeared for the first time on Antena 3, the Spanish television network that canceled the series after its second season. Although during its premiere the drama created by Alex Pina managed to capture the attention of the audience, it declined with its second installment and for this reason the channel decided not to continue with the project. It was from there that Netflix took over.

Netflix turned La Casa de Papel into one of the most successful crime dramas of recent times on television. The transmitter picked up the program by ordering the production of its third season, taking this fascinating story through the screens of millions of viewers around the world, who to this day continue to clamor for the continuation of the program. Something that certainly will not happen.

As is known, season 5 is the last installment of La Casa de Papel and therefore the story about The Professor and his gang of thieves is closed with the five episodes that have just been released. However, it is confirmed that a spin-off about Berlin is on the way and will premiere on Netflix in 2023. Many were left with the desire to continue with a sixth season, but since the middle of last year it was said that the series would conclude with the fifth.

And there are reasons why La Casa de Papel came to an end after five seasons, despite its success and having reasons to continue this cultural phenomenon. It was Álvaro Morte himself, who explained why the story should end with the most recent installment that premiered on September 3.

Fans of La Casa de Papel know that The Professor is a great master at manipulation and a cunning man at the time of an escape. However, in the closing moments of the fourth season he is finally captured by Alicia, achieving a Checkmate. In an interview, actor Álvaro Morte spoke about the outcome of the story of the iconic character he played in the famous Netflix series.

“The professor is a strange and lonely guy, and the role that he portrays in the series is just a small chapter in his life. If we are talking about the end of his story, I would like to see him back in solitude ”.

During the same interview, the creator of La Casa de Papel, Alex Pina, also commented on why the series ended in the fifth season, stating that he had spent years thinking about how to destroy this gang of criminals and therefore his Leader. He said that the only way to put a limit on The Professor was to place the character in situations that were irreversible for everyone, and that the fifth installment was appropriate for that. In other words, the series’ conclusion was simply due to creative production reasons.

Speedrunner Beats Ocarina of Time In Under 4 Minutes – In A Demo!