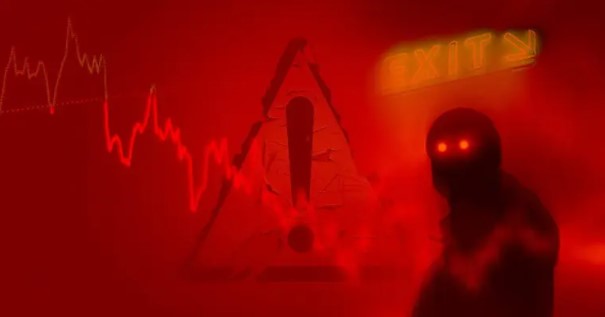 One of the issues that crypto money investors should pay attention to is malicious developer teams that aim to get rich quickly by manipulating token prices with the “rug pull” method. In 2021, when the altcoin market started its bull run, we saw that many DeFi projects suffered millions of dollars with this method. One of the most recent examples is DOXXED (DOX). Its price has lost more than 70% of its value and its social media accounts have been quiet for months.

Altcoin investor attention, millions of tokens poured into the market

Project DOXXED (DOX) saw its price drop by 70% due to strong sales, according to a warning from cybersecurity company CertiK. DOXXED is a BNB Chain-based altcoin project consisting of multiple utilities and use cases, revenue sharing and buybacks. According to the following alert issued by CertiK, “multiple selling addresses received tokens from the distributor 170 days ago and they were sold for 319 BNB ($126,495.14)”. In the process, DOX price has lost more than 70%, while it has moved away 96.96% from the ATH price of $0.01641.

Saying that 319 BNB was sold from more than one address 170 days ago, CertiK warns investors against the possibility of the project being “rugpull”. In support of this, we see that DOXXED’s social media accounts have not been active for more than a month. Data obtained by CoinGecko shows that the DOX price has depreciated significantly on a weekly and monthly basis.

The UK’s Financial Conduct Authority (FCA) reports that reports of potential crypto scams have increased tremendously in 2021. According to an article published last week, the FCA received nearly 16,400 reports of possible fraud between April and September of 2021. These reports are more than 12,400 from the same period of the previous year.

Additionally, Defi and the crypto market lost over $2 billion from the rug pull events in 2021, according to data tracker Chainalysis. Rug pull operations accounted for almost 40% of all crypto scams totaling $7.7 billion that took place last year. The scam happens when a cryptocurrency developer manipulates the price of a token to make it appear more lucrative than it is. After that, the developer leaves the project, taking the investor funds with them.

A New Hack: These 8 Altcoins Have Been Stolen and Price...