Home Crypto They Can Pay A Lot In The Long Run: Popular Analyst’s 5... 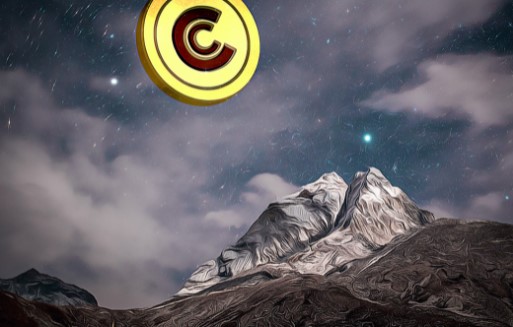 Uncertainties continue in cryptocurrencies, but analysts continue to share with their followers the altcoins that investors should follow in these market conditions and can bring good earnings, especially in the long run.

Lark Davis, one of the popular names in the market, also shared 5 altcoins that he thinks have great potential with his followers.

The first altcoin to be mentioned on the list is Moonbeam (GLMR). Moonbeam is defined as an Ethereum-compatible smart contract parachain on Polkadot, making it easy to use popular Ethereum developer tools to build or redistribute Solidity projects in a substrate-based environment.

The analyst thinks that the price of GLMR has fallen by close to 50% in a short time and offers a buying opportunity. In addition, Davis states that GLMR has great upside potential due to many new developments. At the time of writing, GLMR is trading at $2.6.

TraderJoe (JOE), the second altcoin on the list, is described as a decentralized trading platform on the Avalanche network. They combine DEX services with DeFi lending to offer leveraged trading.

The analyst states that the staking mechanism is important and that users can earn USDC with staking. According to the statements made at this point, it is stated that the APY rate is currently 55%. In addition, Davis states that Avalanche is very popular and TraderJoe is the largest exchange on the network. JOE is trading in the $1 band as of the time of writing.

Holoride connects daily life car journeys and data with blockchain. RIDE token, on the other hand, is launched as a cryptocurrency that will strengthen the Holoride network and whose value is aimed to constantly increase.

The goal of the project, which is on the Elrond network, is to turn cars into a theme park. Holoride aims to take place in the metaverse with in-car games and in-car entertainment vehicles. The analyst states that the RIde token can be staked and investors can earn more RIDEs this way. RIDE is trading in the $1 band at the time of writing.

The analyst states that the potential of crypto money in India is huge and that IndiGG is likely to increase in this market. It is also noted that the mint process is free and there is no gas fee.

Axelar is defined as a universal interoperability platform that connects all blockchains through a decentralized network, an SDK of protocols and APIs. Using the network and SDK, developers can efficiently integrate their applications into entire blockchain ecosystems, providing greater access to users, assets, liquidity and other applications.

The analyst states that Axelar is an important middleware and therefore AXL may have great potential in the long run.