Home Crypto They Aren’t In The Market Yet, But These 3 Metaverse Coins Can... 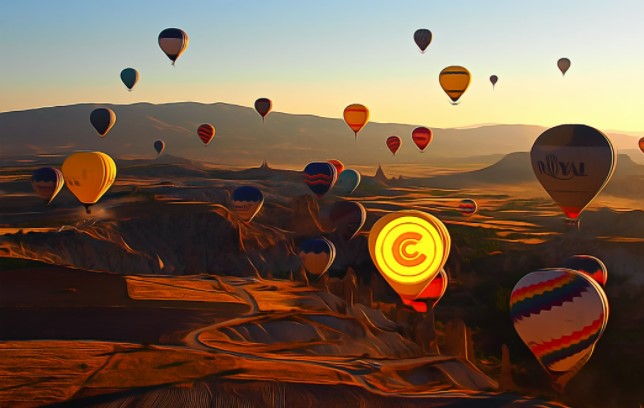 While the downtrend in the market continues, analysts share altcoins that they think offer high profit opportunities with their followers. Joe Parys, one of the popular analysts, also announced 3 metaverse coins that have not even been released or have just been released but that he thinks will bring a lot to his investor.

Imperial Empires’ validator sales started today on Avalaunch. Imperium Empires is described as the world’s first AAA fighting game 2.0 space metaverse. According to the analyst’s statements, the project has a deflationary token economy. It is also noteworthy that the game is one of the first metaverse projects in Avalanche.

According to the statements made, the best DeFi protocols in the Avalanche ecosystem are integrated into the Imperium metaverse, aiming to provide a seamless experience for more than 3 billion players worldwide.

Players will fight in epic guild wars involving thousands of players and can earn more returns with team-to-earn. The more users play, the more money they will earn. Therefore, Parys thinks this token has enormous potential.

The second altcoin on the analyst’s list is Tiny Colony. Tiny Colony is described as the first construction and management simulation game built on the blockchain. Players can build and grow advanced ant colonies, challenge other colonies by fighting, form alliances or trade with each other to participate in a vast in-game economy.

According to the statements made, Tiny Colony’s IDO registrations were opened on December 18, 2021, and the IDO event will be held on December 21.

Additionally, StarLaunch, a Launchpad for Solana-based projects, announced its partnership with Tiny Colony. The Tiny Colony ecosystem, aka Tinyverse, will host an exciting array of games and experiences. According to the analyst, Tiny Colony has a lot of room for expansion, so the potential for growth is huge.

The last altcoin on Parys’ list is Diviner Protocol. The Diviner Protocol aims to build a metaverse, “Diviner Harbor City”, to provide users with a gamified and diversified prediction market. At this point, it is considered as an important factor that users can get their money back if they are wrong.

The Diviner Protocol’s IFO is taking place on PancakeSwap and ends on December 21. In addition, according to the statements made, players do not need a lot of money to enter this pre-sale, and anyone can participate in this pre-sale.

Analyst: This Altcoin Will Do 3x Fast!