Home Entertainment “They are inherently false” — Right Before The World Cup, The Head... 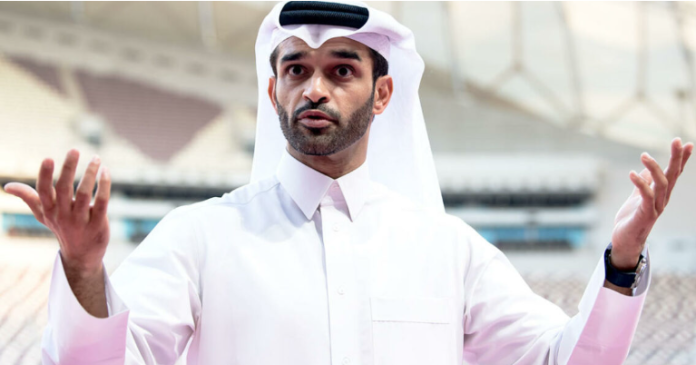 The 2022 FIFA World Cup, one of the most significant sporting events, is due to begin in Qatar. People from all over the world are looking forward and excited that their favorite countries will meet each other in the most significant competition in football. Players from thirty-two countries are preparing to become the best country in football. To capitalize on the football fever that has spread around the world, Netflix decided to release a documentary about the same thing that upset the residents of the host country, Qatar.

Netflix recently released the documentary “FIFA Uncovered”, which delves deeper into the world of football and explores the unknown. The show introduces viewers to the history of FIFA and reveals the big secrets of the forces influencing the world of football. The creators made several dubious statements in the documentary about the host country, which upset many Qataris, including the campaign manager.

She even added that she was in a hotel in Angola during Qatar’s bid campaign. Almajid claimed that money was offered to various voting participants, and she saw it live. She was a member of the media relations team, but was later fired.

However, in response to her statements, the head of Qatar’s election campaign, Hassan Al-Tawadi, said that he was disappointed with the situation and disputed the allegations. Tawadi said, “They are inherently false, and there are facts proving that they are false.”

FIFA Uncovered has gained a decent popularity. Moreover, the timing of the show is impeccable, as it appeared on the platform just a few weeks before the World Cup.

Have you already broadcast documentaries? What do you think about this? Feel free to let us know in the comments below.

Fan art of the Joker 2 with Lady Gaga and Harley...

The boys have already explained how Butcher & Huey can keep...