Home Entertainment “These so—called fans are complaining like…” – DC Fandom Split Into Two... 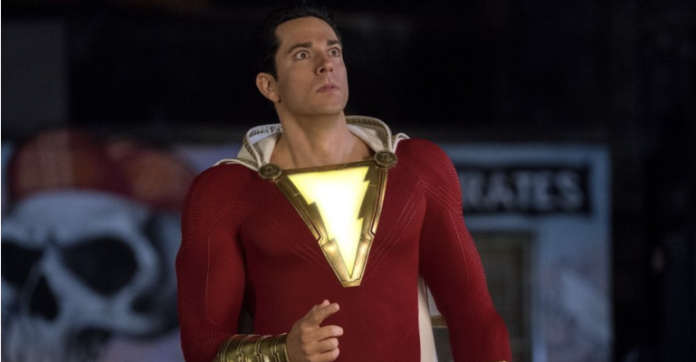 Recently, the Expanded DC universe has been undergoing major changes. With James Gunn and seasoned CEO Peter Safran becoming DC’s new co-CEOs, the franchise appears to be heading in a new direction. And recently, at Comic-Con in San Diego, fans witnessed interesting updates, including the trailer for the long-awaited DC project “Shazam 2”.

The continuation of Shazam has been waiting for a long time. Shazam! Rage of the Gods was constantly on and off as the film went through a series of delays. And now there are only a couple of months left before the premiere of the sequel. The Shazam trailer was recently released! Fury Of Gods was first released during San Diego Comic Con 2022. While most of the trailer is entertained by the usual humor and family atmosphere, the DC fandom has split into two parts because of one line by Zachary Levy.

What line from the trailer for “Shazam 2” is shared by DC fandom?

DC recently released the first trailer for Shazam at Comic Con in San Diego! Rage of the Gods. What was supposed to be a big update for the DC fandom instead upset them. Zachary Levy’s phrase in the trailer upset some fans by criticizing director David F. so harshly. Sandberg that he decided to remove this phrase from the film. Near the end of the trailer, Zachary threw the truck at the dragon and stated: “I just threw a truck at a dragon. I love my life.” What was supposed to be the usual method of stating the obvious for a comedic effect, instead upset some fans.

Fans continued to call it antics and even a perversion movie. On the other hand, some fans came to his defense. A handful of people defended the line, saying that Billy’s character is just a kid, and this phrase fits him perfectly. Interestingly, the age-old debate between DC and the MCU flared up again when fans brought Robert Downey Jr. to the discussion.

Billy is a kid. It fits his character. For example if the roles were reversed and Marvel had the darker universe, Spiderman would still be his quipping self. Why? Because he's a kid and it fits the character of Spiderman

What do you think about this? Do you think the line was in character or pure cringing? Feel free to let us know in the comments below.