Home Crypto These Levels Are Expected in Gold After FED Minutes! 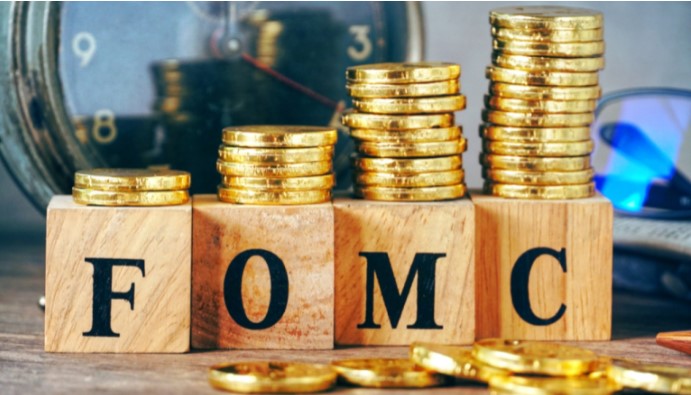 Gold prices drop after FOMC Minutes. US 10-year Treasury yields jumped to a nine-month high after Fed minutes, while virus woes and the ADP Employment Change weighed on bonds.

As we reported on Somanews, in the FOMC Minutes, respondents noted that the FOMC should continue to be prepared to adjust the pace of acquisitions should changes in the economic outlook warrant. In addition, most participants in the minutes decided that if the pace of improvement in the recent labor market continues, the rate hike conditions can be met in a relatively short time. It was also emphasized that the policy rate could be increased sooner or faster than the participants previously anticipated, given the outlook for the economy, labor market and inflation.

The yellow metal fell nearly $20 after the FOMC Meeting Minutes cited policymakers’ hawkish bias to propose a faster rate hike and plans to discuss balance sheet normalization. Following the minutes, Fed interest rate futures point to an 80% chance of a rise in March 2022 as US bond yields rise.

Meanwhile, labor data point to the strong US ADP Employment Change for December, given the expected 807k versus the expected 400k. For this reason, statements from the Fed Minutes such as “if the recent recovery in the labor market continues, the conditions for an interest rate hike can be met in a relatively short time” also prompted the US bond coupons. Market analyst Anil Panchal evaluates the developments as follows:

Weekly data on US Unemployment Claims, as well as the monthly results of December’s US Goods Trade Balance and ISM Services PMI, will be crucial for gold prices. If US statistics continue to beat cautious forecasts, the possibility of faster Fed rate hikes cannot be ruled out, which will attract gold sellers. That’s why Friday’s US Non-Farm Payrolls (NFP) will be key.

“Golden is in a bull trend, but the bulls have a bumpy road ahead”

Analyst Anil Panchal states that gold is moving within a three-week uptrend channel supported by the RSI pullback, yet continued trading above the 100-SMA is challenging the short-term bears. Otherwise, multiple barriers to the north are ready to challenge the golden bulls. Anil Panchal points out the following resistance levels in his technical analysis:

Among them, the 61.8% Fibonacci retracement from mid-November to December is on the downside, around $1,830, acting as immediate resistance before highs near $1,834 marked in July and September 2021.

Additionally, the analyst is challenging gold’s rise before the top line of the indicated channel near $1,838 at the latest directs buyers to its mid-November low of $1,850. The analyst points to the following support levels:

On the other hand, the convergence of the support line of the channel and the 100-SMA near $1,800 is becoming key support, and a breakout will remind of gold sellers targeting the $1,780 and $1,760 levels. Overall, gold remains on an upside trajectory but the bulls have a bumpy road ahead.

DOGE is also on the List! Whales Are Betting These Altcoins