In its report for the third quarter of this year, CoinGecko showed which cryptocurrency earned how much. According to the report, the price of Binance Coin (BNB) almost doubled between July and October, and BNB became one of the top earning coins for investors. DeFi tokens, on the other hand, gained much more value.

CoinGecko published its third quarter report today. In the report, important developments and the general situation of the market between July and October were analyzed. In addition, the most profitable cryptocurrencies, the relationship between Bitcoin and altcoin and DeFi projects were mentioned.

BNB earned the most

CoinGecko looked at the top five cryptocurrencies and revealed which earned the most in the third quarter of the year. Binance Coin was also included in the top five, as the USDT price remained constant during the research. And as a result, BNB turned out to be the winner.

The Binance Coin price has almost doubled, making many investors happy. But when we compare the top five cryptocurrencies with DeFi tokens, there is a serious difference. Because while cryptocurrencies like Bitcoin gained 17% in value, LEND gained more than 300%, LINK by 110% and SNX by more than 140%. 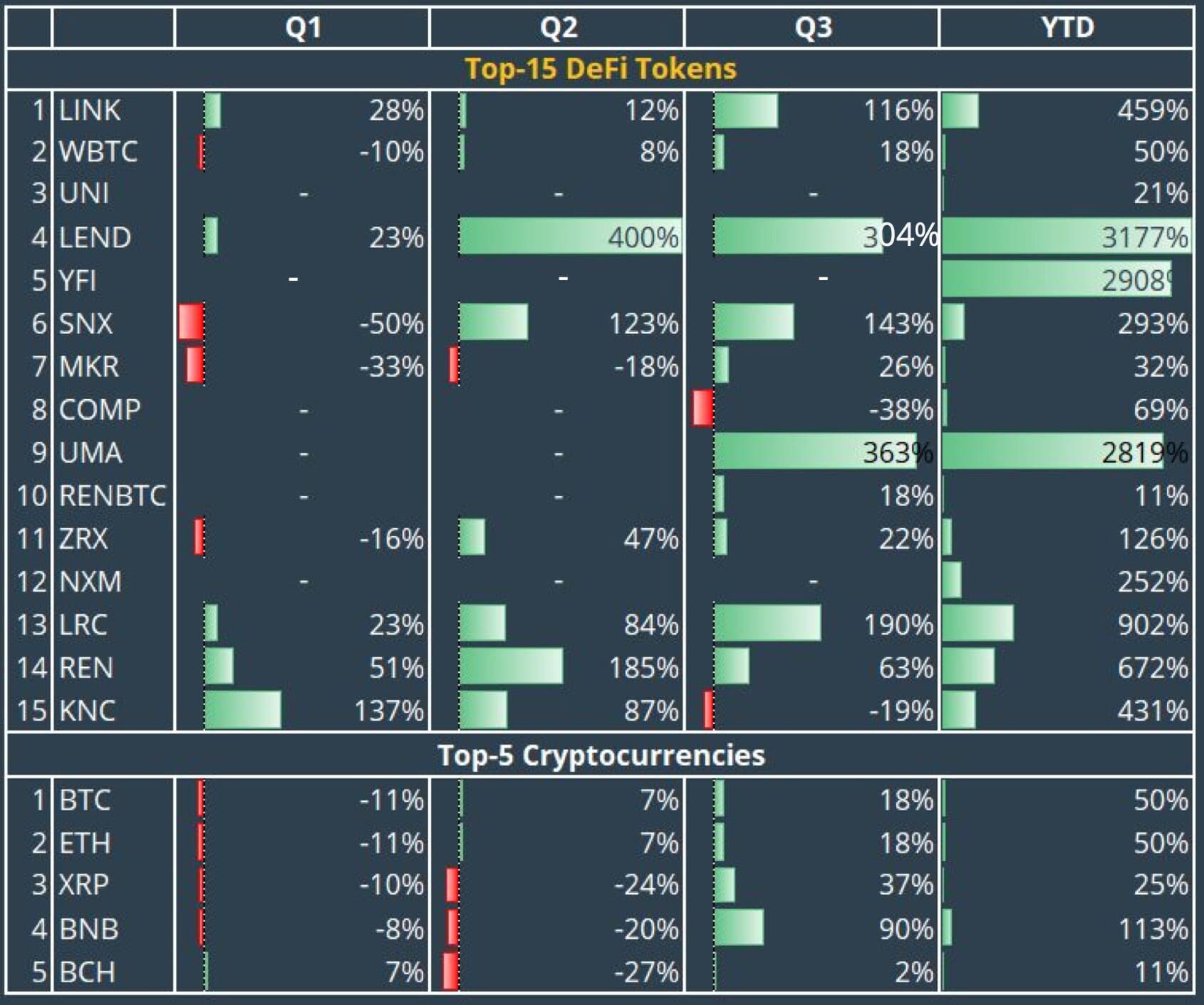 Electric motorcycle the same as gasoline in Germany

THE FIGHT LESS THOUGHT: WHAT HAPPENED BETWEEN LADY GAGA AND BILLIE...