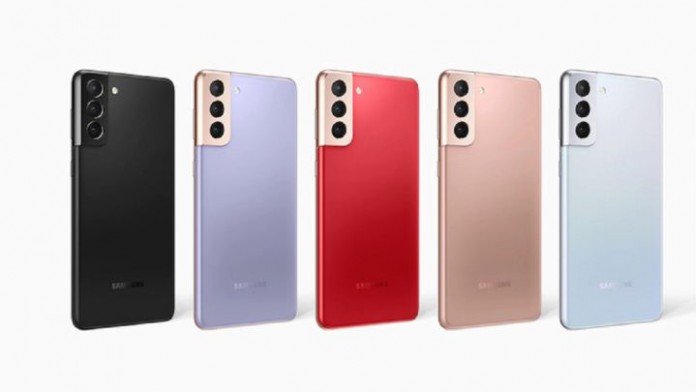 Samsung Galaxy S22+: One of the most important terminals this year will be the Samsung Galaxy S22. We speak with this firmness because the Korean company is one of the great exponents of the market and all eyes will be on what it does on the day of the presentation of the terminal as well as the things it plans to do in the future. But not only the technical characteristics of the devices are of interest, many are already interested in thinking in what colors the Samsung Galaxy S22 will be available, something that has been leaked today.

These could be the colors of the Samsung Galaxy S22

Until a few years ago, high-end mobiles had only two colors: either white or black. It is true that there are firms that opt ​​for a dark color to have this shade covered, but there is always that duality of having a lighter color and a more sober color. But today it’s time to talk about one that already provides more than three different color options on the casing, as is the case of the Samsung Galaxy S22.

Specifically, it has been at MySmartPrice where they have shown the four variants in which nothing less than the Galaxy S22+ version will come. Everything indicates by the images that it will arrive in the two classic colors that we told you before (white, black) and will add two other different colors such as pink and green.

If so, users will have four different options with two light and dark shades at the choice of whoever buys it, which match the same colors as the Samsung Galaxy S21 FE. Recall that the version of the S21 + also has four different colors that are divided into violet, black, gray and pink.

In addition to showing the possible colors of the Samsung Galaxy S22 +, more details of the terminal have appeared that we could see next February. But more information about the device has appeared, as is the case of the installation of different processors in the construction of the devices. On the one hand we will have those that arrive with the Snapdragon chip that will be the ones that reach the US market. On the contrary, in the United Kingdom and India they will share the print run that arrives with the processor from the Korean house.

We will have to wait to find out which of the two variants is the one that arrives in Spain, but we are talking about a high-end phone that is synonymous with great performance.

Apple will repair the back glass by removing this part