Home Crypto These coins of the Metaverse overtake the giants: Whale Fight! 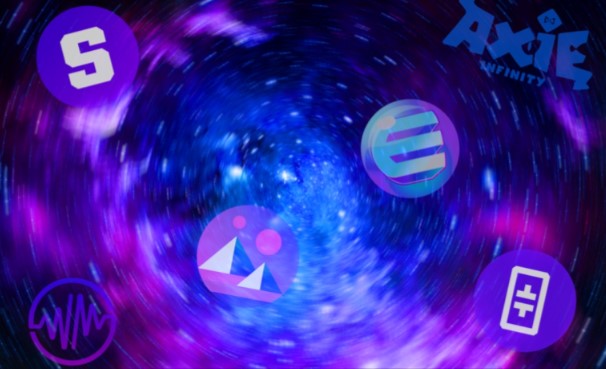 Profits from the metaverse’s most popular coin projects significantly outpaced their competitors on Wednesday, and the total market capitalization in the space has grown by 6.5% in the last 24 hours to $31.1 billion. In addition, trading volumes increased by 74%.

The performance of Metaverse coin projects was impressive

As we wrote in the Somagnews news, on Wednesday, the cryptocurrency market recovered slightly after falling at the beginning of the week. The leading crypto-bitcoin (BTC) grew by more than 3% and reached $42,000, while other major cryptocurrencies mostly went into the green zone.

However, projects of metaverse coins, such as Apecoin (APE), Sandbox (SAND) and Gala Games (GALA), were ahead of their colleagues. According to experts, positive changes in APE and SAND seem to have increased consumer interest in many other tokens of the metaverse.

The largest of the Ethereum whales is actively buying metaverse coins. APE, GALA and SAND are among the ten most purchased ETH-whale tokens in the last 24 hours.

The price of the ApeCoin (APE) with the highest revenue of the day has soared by more than 34% in the last 24 hours. According to experts, the recent bullish rally is the result of several factors, including the recent listing on Gemini Earn. However, speculation about the upcoming Yuga Labs

called “The Other Side” may be the main factor behind the colossal surge.

According to reports, Yuga Labs will start selling land in the “Other Side” with a starting price of 600 APE. However, APE has already seen growth of more than 1,500% since its release last month. Recently, APE has become the largest coin project of the metaverse, overthrowing Decentraland (MANA). Meanwhile, the trading volume increased by more than 360% in 24 hours.

According to WhaleStats, an ETH whale named BlueWhale0093 purchased The Sandbox (SAND) for $1.48 million. In addition, the trading volume of SAND increased by more than 65% in 24 hours.

The reason for the growth may be the Bloomberg report. The report says that Sandbox will attract $400 million from various investors. Sandbox’s own token, SAND, has grown by more than 8% in the last 7 days. SAND, whose total market capitalization currently exceeds $3.4 billion, ranks 40th in the cryptocurrency league.