A new study found that Bitcoin has been in an accumulation cycle for almost two years. According to the report of the on-chain research firm Glassnode, 2.6 million Bitcoins are kept at accumulative addresses since the beginning of 2019. This amount of Bitcoin, which is $ 28 billion at the current exchange rate, is equivalent to 14 percent of the total supply.

In a statement made on its Twitter account, the company stated that the accumulation situation for Bitcoin is in an upward trend, and that there is no BTC spending in these accounts. In the chart shared for the years 2010-2020, attention is drawn to the last 1 year, while the rise in the range is remarkable. 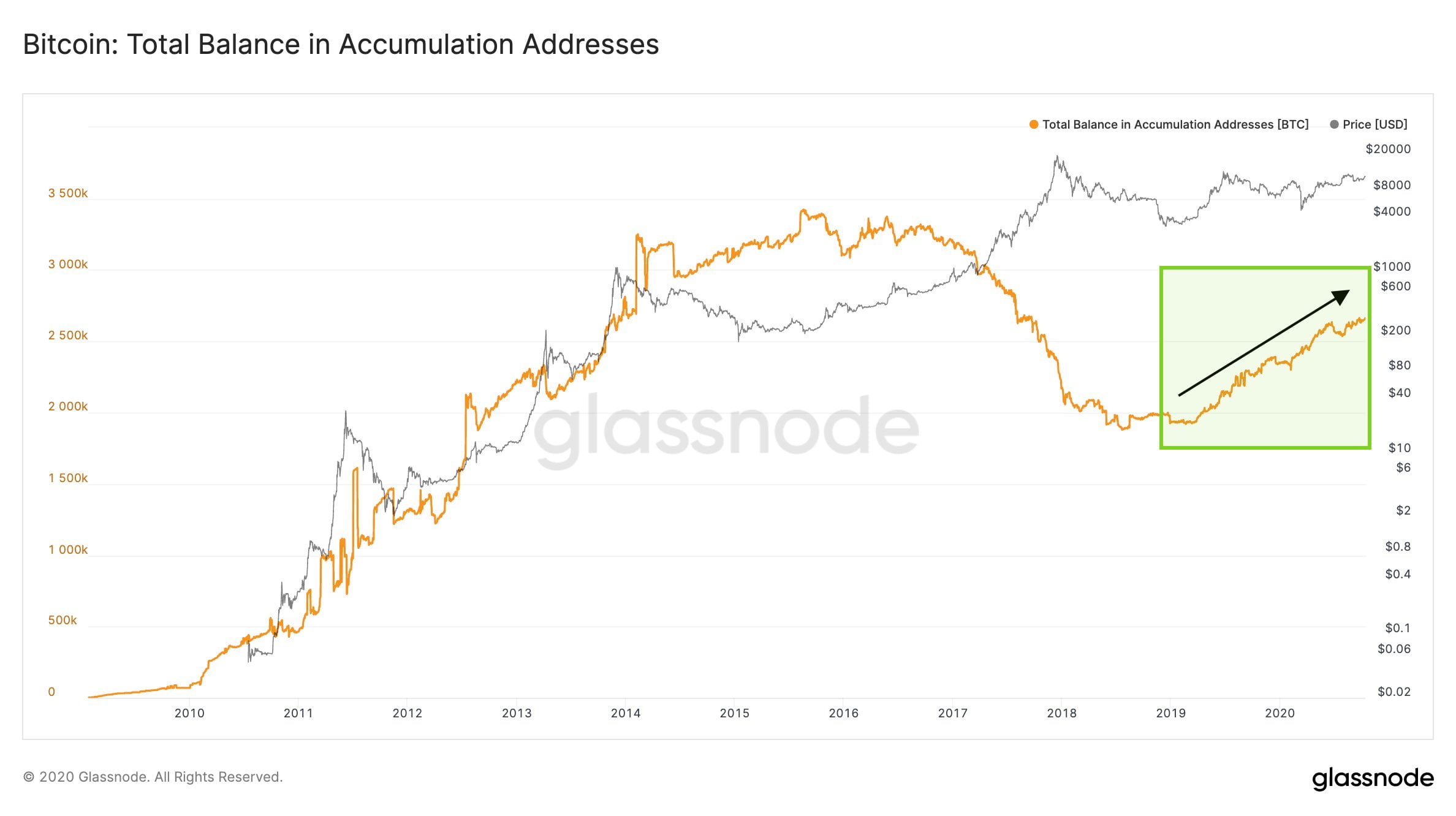 For an account to be an accumulation account, there must be at least 2 “non-dust” incoming money transactions that we can convert without fractions. At the same time, there should not be a Bitcoin (BTC) exit from the account. “Dust”, like a few satoshi, is often referred to as process residues that cannot be spent on their own.

Coinbase, the popular exchange for Bitcoin

According to the latest data, 10.6 percent of the Bitcoin supply is held in the top five cryptocurrency exchanges. At the top of these exchanges is Coinbase with 944,904.29 BTC. Huobi with 323,665.77 BTC and Binance with 289,961.93 BTC follow Coinbase. With Coinbase, which has recently been on the agenda with the calculation tool offered to users, users will also be able to make profit / loss accounts in their transactions on the stock exchange.

YouTuber’s Twitch Channel Which Has 10 Million Subscribers Is Banned with...