Home Entertainment These Are The GOTY Of The Golden Joystick Awards 2021: List Of... 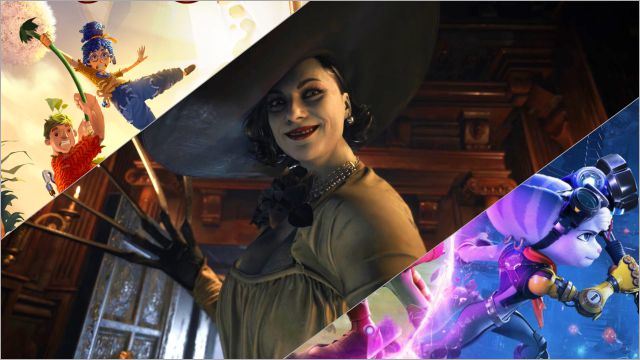 GOTY: Resident Evil 8 Village, It Takes Two, Ratchet and Clank A Dimension Apart and more are the big winners of this year’s Golden Joystick. The Golden Joystick Awards 2021 video game awards ceremony has unveiled the complete list of winners of these awards presented by GamesRadar. The recognized British awards have determined at their 39th Annual Golden Joystick Awards that Resident Evil 8 Village is the Best Game of the Year (GOTY) after collecting “millions of votes”, says the organization .

First we had the nominees, a roster of candidates chosen by a panel of members from PC Gamer, EDGE, Retro Gamer, Play Magazine, and Future Games Show with titles published between November 20, 2020 and October 19, 2021 (they stay outside works like Forza Horizon 5, Battlefield 2042, Halo Infinite…). Then, between October 20 and November 5, readers around the world have been able to vote, and these are the results of a completely democratic voting method where the entire community has had a voice.

The Game of the Year (GOTY) had ten candidates, but Capcom’s work published at the beginning of the year has taken the most recognized statuette. In this way, Resident Evil Village has prevailed over Deathloop, Psychonauts 2, Ratchet and Clank: A Dimension Apart, Wildermyth, Hitman 3, The Forgotten City, It Takes Two, Metroid Dread and Mass Effect Legendary Edition.

Regarding the Ultimate Game of All Time, a price that has sought to reward the “best video game of all time”, the winner has been Dark Souls, from FromSoftware.

Youssoufa Moukoko Has Signed a New Contract With Borussia Dortmund With...