Home Entertainment These Are The Free PS Plus Games In July 2021 For PS5... 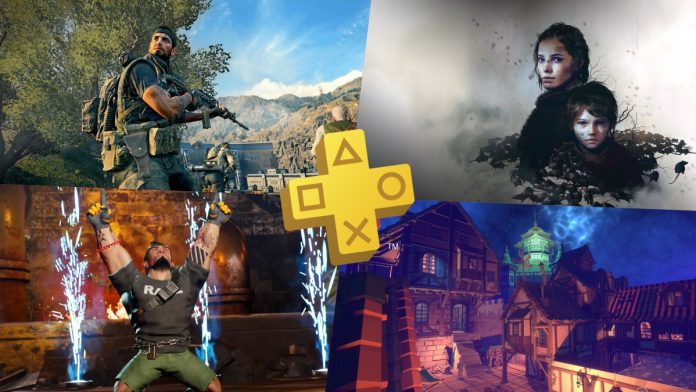 PS Plus: Call of Duty: Black Ops 4, A Plague Tale: Innocence, WWE 2K Battlegrounds and The Five Tales are Sony’s games of choice for PS4 and PS5 with PS Plus in July. Sony Interactive Entertainment has revealed the free games for this month of July 2021, both for users subscribed to PS Plus on PS4 and PS5. After enjoying works like Strar Wars: Squadrons or Virtua Figher V, the service offers new adventures and challenges for everyone with a current subscription.

The titles that will arrive next July on PS Plus are the following: Call of Duty: Black Ops 4 (PS4), WWE 2K Battlegrounds (PS4), A Plague Tale: Innocence (PS5) and The Five Covens (PS4). As usual, Sony is also giving away an additional PlayStation Talents title exclusively for the Spanish and Portuguese market. In this case it is the fantasy game The Five Talents. It should be noted that all titles of the previous generation machine are backwards compatible with PS5.

Call of Duty: Black Ops 4 and A Plague Tale: Innocence, PS Plus Featured Games in July

Call of Duty: Black Ops 4, developed by Treyarch, is one of the installments in Activision’s popular first-person shooter series. In addition to including multiplayer and zombie mode, players can access Blackout, the saga’s first approach to the batte royale genre, which was later developed with Call of Duty: Warzone. Fierce fighting and a war await us within the Black Ops universe.

A Plague Tale: Innocence, this time in its improved version for the new generation. It is an action and adventure game set in medieval France. The two protagonists, Amicia and her brother Hugo, will have to travel the most sordid paths, all while solving puzzles and using the boy’s powers to continue advancing. In the context of this fiction, the Black Death continues to ravage the Kingdom of France and the Holy Inquisition is on their heels without any regard.

Dead Space: new game will be a remake and will have...

Smallville: Tom Welling Is Working On An Animation For The Series