Home Entertainment These Are The Free PS Plus Games In December 2021 For PS5... 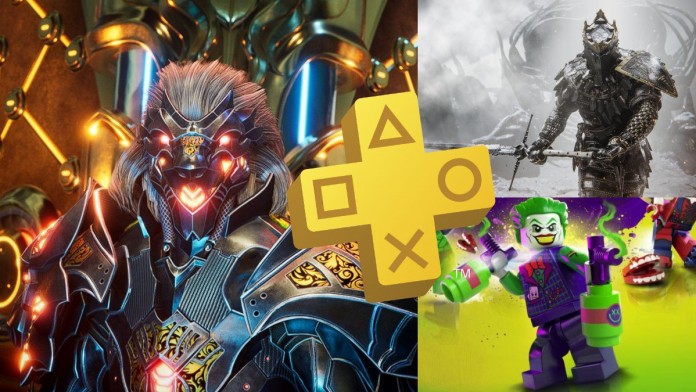 PS Plus announces the games that will be available free to all members of the subscription service on PS4 and PS5. No big surprises when it comes to the new games that will be part of the catalog of free games for members of the PlayStation Plus service in December 2021. Once again, the titles for PS4 and PS5 have been leaked ahead of time, such and how we picked up at MeriStation. As it is, after Knockout City, First Class Trouble and Kingdom of Amalur: Re-Reckoning, there is a new batch of video games. All of them can be downloaded and played at any time, as long as you have subscribed to the service and have previously redeemed it.

Those chosen for this month of December are the following: Godfall: Challenger Edition (PS4 and PS5), Mortal Shell (PS4) and LEGO DC Super Villains (PS4). In addition, the three PlayStation VR games offered last November remain in the same range: The Persistence, The Walking Dead Saints & Sinners and Until You Fall. And when will the games be available to download? Sony has announced that they will be available from December 7 to January 3, 2022.

These are the PS Plus games in December 2021

Godfall: Challenger Edition
It was one of the first new generation games, although it finally saw the light of day on PS4 as well. Godfall: Challenger Edition is an action looter developed by Counterplay Games and published by Gearbox, the company responsible for Borderlands. Set in a fantasy world, the player fights in bloody battles, where he has to face waves of enemies, all while searching for equipment and strengthening his abilities.

Returnal Is Easier Thanks To A Trick Discovered By Players

Disneyland Tickets May See Another Price Hike, But It’s Not Disney’s...