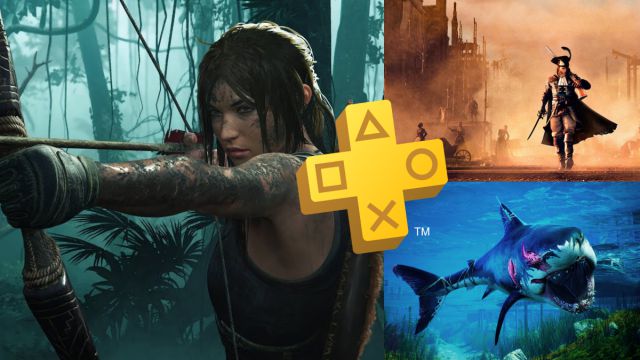 Shadow of the Tomb Raider, GreedFall, and Maneater are the new PS Plus games for January on PS5 and PlayStation 4.

New year, new month and new games for the PS Plus catalog. Sony Interactive Entertainment has confirmed the January 2021 free titles for members subscribed to the Japanese service. Players will have the opportunity to access most games on both PS4 and PS5, as the next-gen machine makes use of its backward compatibility features. And what are those games? Nothing more and nothing less than Shadow of the Tomb Raider, GreedFall, Maneater and Dawn of Fear, all of them available for download from January 5 to February 1.

Shadow of the Tomb Raider and GreedFall for PS4

Crystal Dynamics, those responsible for Marvel’s Avengers, were in charge of resurrecting the Lara Croft saga with a reboot. Following Tomb Raider (2013), the studio developed Rise of the Tomb Raider before embarking on its great superhero title. Due to this project, they commissioned the closing of the trilogy to Eidos Montreal. This time around, Lara becomes the grave robber she was always destined to be. She will delve into deadly jungles and underwater locations as she faces deadly enemies. Also, as is usual in the series, she will have to fight her way through all kinds of puzzles.

GreedFall, meanwhile, is one of the revelation RPGs of the year 2019. Set in seventeenth-century Europe, players will have to travel a continent ravaged by disease. Hidden among the nations of old Europe, the protagonist will discover a secluded island full of magic, riches, secrets and fantastic creatures. It all depends on the player’s decisions, so you will have to choose wisely. Both GreedFall and Shadow of the Tomb Raider can be played on PS4 or PS5.

See Also
Players who dislike PS Plus May games launched a campaign on Change.org

Maneater, only on PS5

If you like the movie Jaws and want to play a biting shark, Maneater is your game, an action RPG and open world in which we will become a fierce predator. The objective? Take revenge on the fisherman who mutilated him long ago. Explore the oceans, search for your prey and fulfill your goals as the king of the seas. It should be noted that this video game can be played exclusively on PS5, although the title is also available on Sony’s previous generation machine.

As an advantage of the Spanish market, users can download Dawn of Fear, a title born in the heat of PlayStation Talents. They will also have access to the PlayStation Collection catalog, which brings together some of the PlayStation 4 classics, including God of War, Bloodborne or Monster Hunter: World.

Balcão Único allows you to open a company online