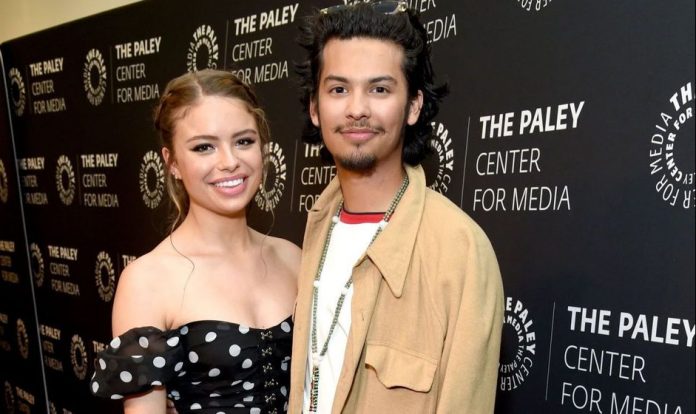 Season 3 of Cobra Kai was one of the most anticipated by fans of the Netflix streaming platform, and it arrived on January 1, quickly becoming a new success.

Cobra Kai has conquered the hearts of millions of fans around the world, due to the dynamics of its plot. Which maintains a combination between action and romance. The Netflix series is one of the most viewed on the platform.

The success of Cobra Kai is also due to the incorporation of several young actors and actresses to its cast. What some fans don’t know is that the two of them are romantically involved in real life.

In Cobra Kai, fans learn about the romantic relationship between Miguel Díaz, Samantha LaRusso and Tory. A love triangle, which has had an impact between the student of the Cobra Kai dojo and Daniel’s daughter.

And it is that in real life, the interpreter of Miguel, Xolo Maridueña, maintains a sentimental relationship not with one of his co-stars, but with the actress who plays Moon in the series, Hannah Kepple.

In Cobra Kai, Kepple plays Moon, a character introduced as Yasmine’s best friend. Hannah Kepple opened and revealed some details in an interview with MEAWW about her romantic relationship with her colleague Xolo Maridueña. This is what she said to the medium:

“In the first season we became friends, we flirted a bit and started talking. Between recordings, we finally “click.” We don’t have many scenes together, but I love seeing her character fighting. “

Release date, plot and details of the next episode