Home Crypto These 3 Altcoins Can Do 100X: Analyst Shares Watchlist! 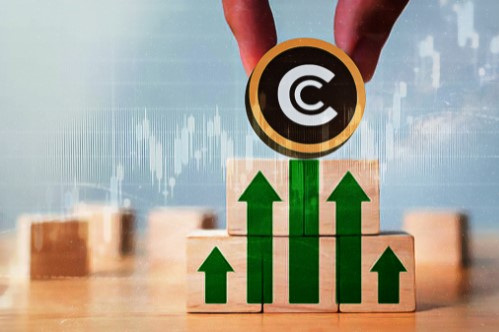 In the cryptocurrency market, it is important to find cryptocurrencies that are not listed on an exchange or have not been sold yet, but that have the potential to increase. For this reason, analysts also share altcoins that they expect a big increase from time to time, but which have not been released yet, with their followers. Joe Parys, one of the popular analysts, also shared 3 altcoins that he thinks have great potential from these altcoins with his followers.

The analyst first evaluates the Bulliverse (BULL). Bulliverse is defined as a gaming ecosystem that wants to reward its community for the time they spend and the money they show. According to the statements made, users will not only have NFTs on the platform, but will also be able to use these NFTs in games.

According to the analyst’s statements, the Bulliverse official Twitter account has over 136 thousand followers and the token creation event will be held on March 9. It is also stated that Bulliverse is holding an airdrop on the Kucoin exchange today.

The analyst also states that Bulliverse aims to transform into a community metaverse with the theme of decentralized autonomous organization or DAO. Therefore, the analyst thinks Bulliverse has great potential.

Second on the list, ADALend (ADAL) is developing a scalable and decentralized lending protocol managed by the Cardano community. The ADA Lend protocol aims to power the new wave of flexible financial markets by serving as a foundation layer for instant loan approval, automatic collateral, reliable custody and liquidity.

The analyst states that the reason he has great expectations from ADALend is that more and more people are starting to use the Cardano blockchain and more liquidity is coming. In addition, the analyst says that it is only a matter of time before ADAL explodes and early investors can take a big advantage.

DOTPad, the last coin mentioned by the analyst, is described as the next project in the BlueZilla ecosystem. DOTPad focuses on unifying the Polkadot ecosystem. According to the statements made, DOTPad can unlock good projects in the future and offer high-quality deals to its users.

In addition, with the partnerships established, DOTPad is thought to be one step ahead. According to the analyst, with DOTPad, which also has a staking system, investors can gain great advantages, especially in the long run.