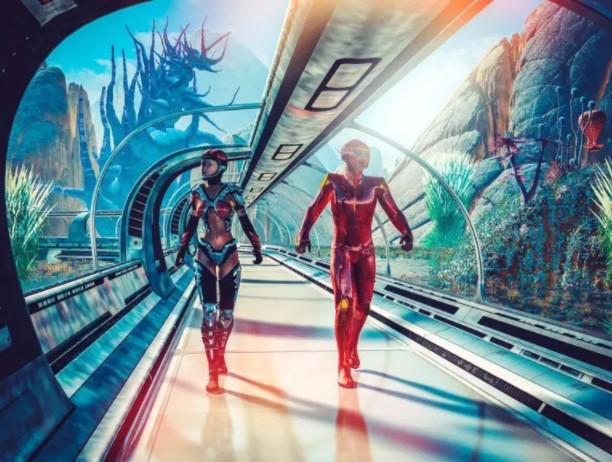 The two metaverse coins are rallying strongly even as the rest of the markets cool. Everdome (DOME) and Metahero (HERO) have been in ascension mode since Everdome officially went live on February 8.

Everdome game offers the world’s first hyper-realistic metaverse environment where users can buy or rent properties, place ads for real-life products and services, and sell items in the marketplace.

Metaverse coin Everdome gained nearly 400% from its launch price of $0.019 and hit $0.093 before correcting for $0.076. This translates to an overall gain of 300% for the cryptocurrency. The project says in a tweet that DOME’s trading volume has increased on the OKX trading platform.

In the 10th day following Everdome’s launch, we took no time to make a name for it. DOME is ranked #3 in OKX with $150 million in transaction volume. Everdome will provide a destination for Metahero’s extraordinary technology to live, interact and evolve… a fully ubiquitous Web3 experience.

Metahero also had a good rally in December when news of its revolutionary 3D scanning technology started making waves. The game has partnered with Wolf Studio to create hyper-realistic human avatars so players can actually upload digital versions of themselves into the game environment.

Metahero is built on Binance Smart Chain and also implements NFT smart contracts as part of the game’s ecosystem and functionality. In the most recent price increase, Metahero rose 88.2% from $0.051 to $0.096, but later retraced. Everdome recently tweeted an example showing the slick look of in-game footage. The project also shared that Arabian Business magazine has written a featured article about both Everdome and Metahero. The team made the following statement on the subject:

Everdome has appeared on the front cover of Arabian Business, the leading investor and business magazine in the Middle East. Arabian Business has reached a community that is already interested in the future success of Everdome and Metahero.

ApeCoin, Dogecoin and MANA: Get Ready for These Levels!

“These Bottoms Are Coming” Investment Myth: Buy Gold and These!