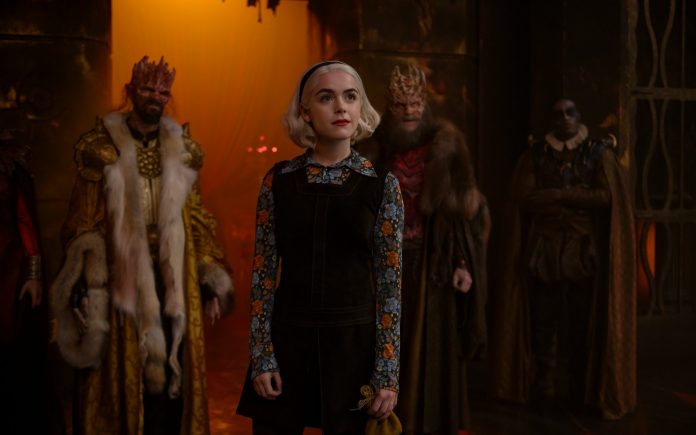 In Chilling Adventures of Sabrina, while everyone was trying to stop the Abyss that was inside Sabrina, the show’s heroine had to pay the ultimate price, and Kiernan Shipka’s character was killed in the series finale.

Despite being one of the most popular shows on the platform, Netflix announced late last year that Chilling Adventures of Sabrina would come to an end with season 4.

Tragically, it’s a trend for Netflix shows to end after three or four seasons, and not even Sabrina was able to escape the curse. There were even plans for what Chilling Adventures of Sabrina season 5 would have looked like.

If the Chilling Adventures of Sabrina show had been renewed for a fifth season, it would have finally seen Sabrina and Riverdale cross paths with each other. This is something fans have wanted to see since Sabrina was originally developed for The CW.

Now, it’s actually going to happen with the characters from Chilling Adventures of Sabrina, but as a comic titled “Witch War.” It has not yet been determined if it will feature The CW versions of Riverdale’s characters.

Since magic has not been an element present in Riverdale, it is possible that this is the Chilling Adventures of Sabrina version of the characters that K.J. Apa, Camilla Mendes, Lili Reinhart, Cole Sprouse and Madelaine Petsch play on The CW show.

So as sad as it is to see Chilling Adventures of Sabrina end its television run, at least a fifth season will arrive in a comic book format that includes the long-awaited Riverdale crossover.

Jimin’s reaction when Jungkook gets nervous