Home Entertainment There will be raids in Call of Duty: Modern Warfare 2 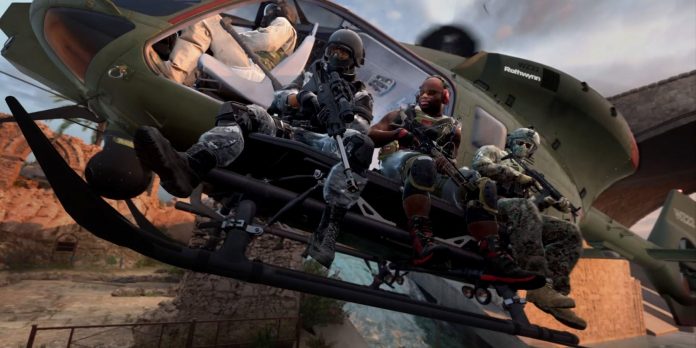 At the Call of Duty Next demo event, Activision announced the inclusion of cooperative raids in Modern Warfare 2. With only a few weeks left until October, Activision and Infinity Ward are preparing to launch the long-awaited Call of Duty Modern Warfare 2. , The company has already provided brief details about the upcoming game, even demonstrating parts of the redesigned single-player Dark Waters mission for Modern Warfare 2, where players infiltrate an oil rig during an intensifying storm that shakes everything around.

However, after numerous trailers and news reports, today fans got a chance to take a look at the next game as part of the Call of Duty Next Showcase Event. As promised by Activision, players will see all kinds of new content, including a full multiplayer representation of Modern Warfare 2, information about what will happen next with Warzone, as well as direct gameplay from leading streamers such as Ninja, TimTheTatman and others. Nevertheless, the event began with a rather loud announcement from the head of the studio and creative director of the franchise, Patrick Kelly.

At the beginning of the presentation, Kelly commented on the studio’s desire to improve and innovate in “every area of the game” before moving on to specific details, such as a special third-person perspective option, Battle Royale, DMZ and more. Then Kelly spoke in detail about the upcoming content after the full launch of Call of Duty: Modern Warfare 2, which includes not only the appearance of Warzone 2.0, but also the subsequent first raid.

Unfortunately, Kelly spoke briefly, only confirming that the first raid would take place a month or two after the launch. Similar to what fans might find in other live-service style games like Destiny 2, the Call of Duty version seems to involve three players trying to get through a clash containing not only combat, but also a puzzle/platformer. Although Modern Warfare 2 is not a marauding shooter like the previously mentioned Destiny, it is currently unknown how big a win and reward there will be for completing this new game mode, and many assume unique weapon drawings.

In addition to the promise of big things that will appear in the game after its launch, the demonstration event moved to the multiplayer mode and the Warzone gameplay. Despite the fact that there were many leaks of Modern Warfare 2 before the event, the trailer gave fans an idea of some new materials and modes, such as Prisoner Rescue, where one team has to save the VIP and the other team tries to stop them. The popular Gunsmith mode has also gotten bigger and better based on the trailer, allowing fans to fully customize their weapons and giving players a wide range of options to personalize their gear.

Call of Duty: Warzone 2 is in development for PC, PS4, PS5, Xbox One and Xbox Series X.

Pokemon fan Art Shows What a Roll Would Look Like in...