Home Entertainment There will be an Arkham Asylum in Gotham Knights, but is it... 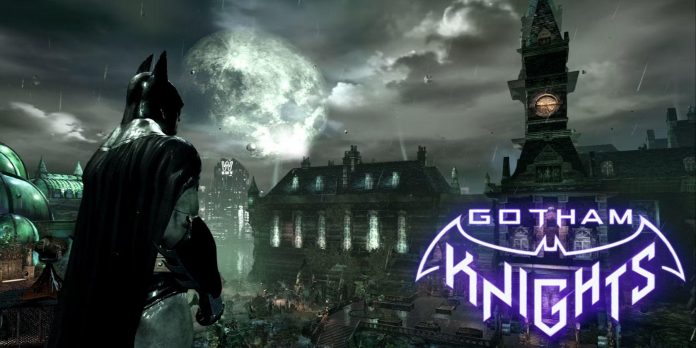 With the advent of Batman in 1939, knowledge about the character has expanded significantly over the years. Bruce Wayne has become more complex, the city in which he works has quickly become one of the best in fiction, and his associates continue to pave their own way. Gotham Knights will explore the lives of the bat family shortly after Batman’s tragic and untimely demise, focusing on how they respond to the ubiquitous and looming threat of the Court of Owls. This is a game that has everything to succeed, especially since it is part of a universe ripe for intriguing narratives.

Gotham City has a history of crime, violence and corruption. Batman is just a spoke in an ever—changing and rotting wheel, but his villains are perhaps more ingrained in the city’s lore, as they so often leave their mark on the horizon. From the Joker’s misdeeds to the Penguin’s vicious ambitions in Gotham’s underworld, the bad guys Batman faces are crucial to respecting the city he calls home. When they are not committing crimes with citywide consequences, many of them live in Arkham Asylum, and although WB Montreal includes this institution in the game, such a move risks not drawing attention to other places and not covering it.

Gotham Knights will most likely rely on the tried and familiar Gotham City, including iconic locations, to make fans feel familiar. Arkham Knight presented a version of the setting that was met with mixed results, and Gotham Knights would do well to be different from what it was before, offering a different tone and aesthetic to a city that has seen many changes and takes years.

The refuge is present in Arkham Knights only in a small and subtle form, which allows the game to focus on areas that have not yet been explored in the series. The GCPD Building, ACE Chemical, and Riddler’s Lair are featured in the 2015 game, and so much screen time is given to them because Arkham Asylum can only be seen from a distance. Thus, Arkham Knight has a different geographical and narrative approach to Arkham Asylum, and Gotham Knights should adopt a similar formula if they want to recreate the city in an attractive and unique way.

Rocksteady undoubtedly has a monopoly on Batman-centric video games, and it all started in 2009 with the release of Arkham Asylum. The game takes place in the named hospital for mentally ill criminals, the game has become a love letter for fans of the game and easily matches the gothic, disturbing and psychologically compromising tone of the comics. The halls of Arkham Asylum were narrow, cramped and saturated with atmosphere, and Batman never felt like a predator, as in later Arkham games. It was much more impressive than the open world that Arkham City represented, because it always seemed like Batman was fighting a losing battle.

While all the characters were well written, played and implemented, the Arkham Asylum setting was the main character. Like the Delight from BioShock, Arkham Asylum is a place that always seems to corrupt its residents even more, and with Gotham Knights, including the facility, it can certainly be compared to what Rocksteady achieved 13 years ago. Gotham Knights will have to distribute their attention to detail throughout Gotham, while Arkham Asylum wasn’t that subtle, so it’s unlikely that WB Montreal will be able to mimic the magic of what came before.

Arkham Asylum is more than just a Gotham Attraction

There are many buildings, areas and locations familiar to Batman fans. Iceberg Lounge, Gotham Docks, Amusement Mile and Park Row are important pillars of the city, and without them it would not have that deep sense of identity that it has created over the 82 years of its existence. Arkham Asylum is often confused with such places, and while it’s important to represent the city, it’s much more than just a one-stop tour of Gotham. Arkham Asylum for the Criminally Insane is primarily a hospital, but its practice often differs from the standard procedure, which makes it look like Gotham itself.

Batman is so close to the shelter because he is often the one who adds to its ever-growing list of patients. Residents are some of Batman’s biggest failures, and handling them often has the opposite effect than intended. This is a setting offering its own unique narrative advantages, which are perfectly enjoyed by Arkham Asylum from Rocksteady and Arkham Asylum: A Serious House on Serious Earth from Grant Morrison. Surrounding Batman with his many villains, such as the Joker and Killer Croc, in their most vulnerable spots is always fascinating, offering a different experience to Batman sliding across rooftops on his way to the other side of the map.

Star Wars The Acolyte: Leaked New Details Of The Plot, Its...

What the Hello Infinite Endless trademark can refer to