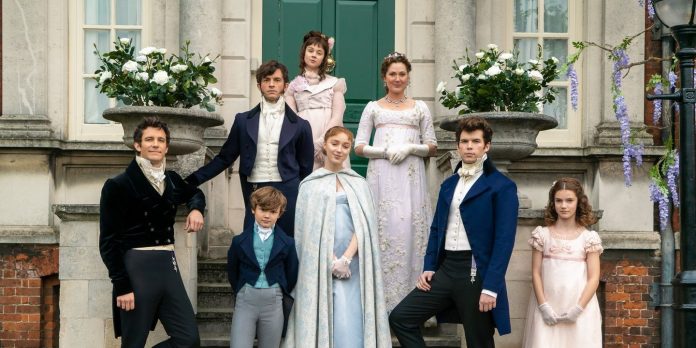 Based on the Bridgerton series of novels by Julia Quinn, season 1 of the show primarily focused on Daphne (Phoebe Dynevor) and her romance with Simon Basset (Regé-Jean Page).

The mystery behind who Lady Whistledown is continues in Bridgerton’s books, leaving readers searching for clues, wondering who might be behind the scandalous articles.

On the Netflix series, however, season 1 ends with Lady Whistledown’s identity revealed to the public, removing the big secret and shocking fans.

There are a few possible reasons why this happened so early, but they all allow the Bridgerton program to evolve. Questions about Lady Whistledown have changed from whom? to how? and because?

There are multiple layers of Penelope being Lady Whistledown that can be investigated in season 2, which would not have been possible for multiple seasons if Netflix stuck to the books.

Instead of Bridgerton fans wondering who the writer is, they can now discuss why Penelope (Nicola Coughlan) is Lady Whistledown, how she became her, and what happens when she is discovered.

So instead of one question around Lady Whistledown, there are now several. Furthermore, only the public knows who she really is; everyone in the universe is still oblivious to the fact of what Penelope’s other identity is.

At the same time that the identity of Lady Whistledown was revealed, Bridgerton established a new revelation for fans: who is the heir to Featherington ?, a story that was not explored in the books and is possibly positioned as the central story.

WINNER’s Mino will make his acting debut with Yoo Ah In...

Kylie Jenner ridiculed by internet users for a photo!