Home Entertainment “There is no viable logical path…” — Dwayne Johnson of “Black Adam”... 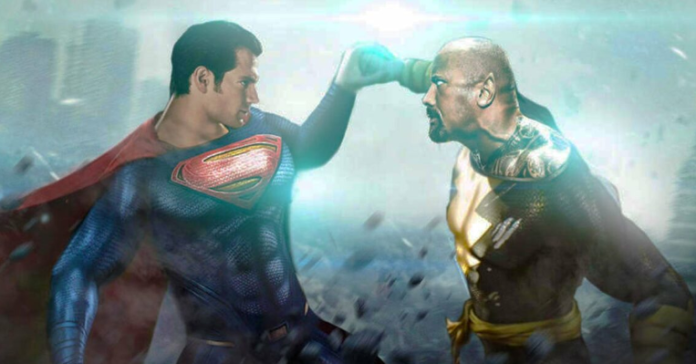 The superhero genre is one of the most popular storytelling formats in the world. And that it attracts a mass audience. Therefore, while we are talking about the superhero genre, we must not forget the DCEU. Over the years, the expanded DC universe has given viewers a lot of movies and TV series about superheroes. And a number of famous celebrities, including Henry Cavill, have starred in various films for the franchise. Recently, even Dwayne Johnson debuted as a superhero with Black Adam.

“Black Adam” was one of DC’s most anticipated projects this year. However, while people were looking forward to the debut of Dwayne “The Rock” Johnson as a superhero, they were more excited to see Henry Cavill back in the role of Superman. After so many years, Cavill returned as Superman in Black Adam. Superman is one of the most popular faces in the DCEU, and recently even Johnson told why the studio needs Cavill to move forward.

Henry Cavill donned his Kryptonian suit after an absence of almost five years, and Cavill revealed that the episodic scene was only part of what was to happen. Undoubtedly, Cavill’s return in “Black Adam” has opened up a number of new opportunities for the franchise. And shortly after the release, Dwayne Johnson took to Twitter and talked about the future of DC and why the studio needs Cavill.

The “Red Notice” actor said, “There is no viable logical way to build the DC universe without the most powerful force and the greatest superhero of all time sitting on the sidelines, it’s impossible.” Johnson even added that the District of Columbia is not ready to bring back Superman. However, they did not accept the answer “no” and fought hard for the return of Cavill.

According to #BlackAdam star Dwayne Johnson, Henry Cavill's Superman is essential to the future growth of the DC Universe: "You have to have Superman in the mix, so that's why we fought hard to bring Superman back."https://t.co/lYs6T6nB9Y pic.twitter.com/R8xJlLAA0q

Johnson’s fight for Cavill’s return makes sense, since Superman is one of the most popular superheroes. And now that Cavill is back, fans can witness “Man of Steel 2,” and, if rumors are to be believed, the studio is eyeing Andy Muscetti to make a new Superman movie.

When do you think “Man of Steel 2” will be released? Feel free to let us know in the comments below.