Home Sport There is a possibility that Oklahoma and Texas may leave for the... 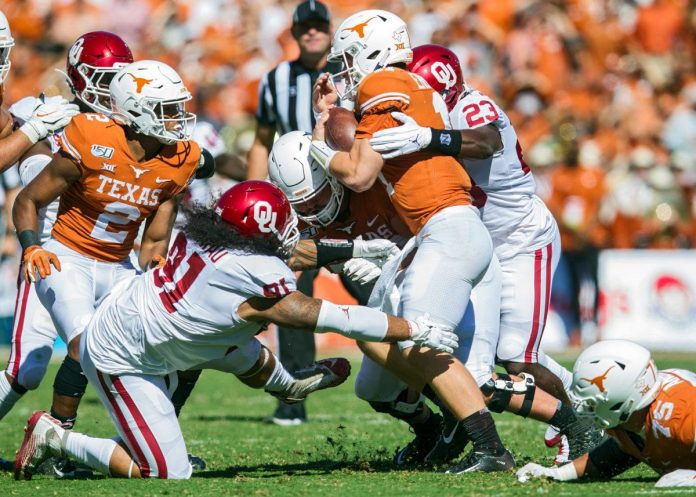 Officially, Oklahoma and Texas intend to leave the Big 12 and join the SEC in 2025. But if they get their way, they may try to leave a year earlier.
According to Ross Dellenger of Sports Illustrated, SEC officials believe that Oklahoma and Texas can agree to withdraw from the Big 12 and join their conference as early as 2024. But they admit that the price will be “steep”.
However, considering how much money could potentially be on the table for the SEC with joining their ranks of the Sooners and Longhorns, this could be a price worth paying.
It is believed that Oklahoma and Texas already owe the Big 12 $76 million just to leave by 2025. Going an extra year earlier could bring that amount closer to $100 million.
The seismic shift in college athletics is getting closer and closer every day. Oklahoma and Texas move from the Big 12 to the SEC; Cincinnati, UBI, Houston and UCF join the Big 12 to replace them; USC and UCLA leave the Pac-12 and move to the Big Ten.
Most likely, there will be much more movements at the Power Five conferences in the coming months.
The sooner these moves are implemented, the faster this shift will happen.
When will Oklahoma and Texas complete their transition to the SEC?