Home Crypto There Are Those Who Make 270 Thousand Percent: These Altcoins Crushed Bitcoin! 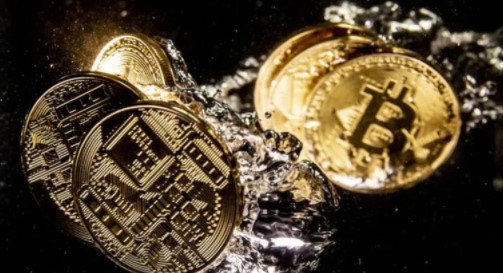 Bitcoin’s dominance is taking a hit from metaverse coins, and dog-themed altcoin projects are gaining popularity. In the last two months, there has been a huge increase in active wallet addresses holding Shiba Inu (SHIB).

SHIB, AXS, and SAND on the list of top performing altcoin projects

Shytoshi Kusama, Shiba Inu project leader and one of the lead developers, believes SHIB is the future of gaming. The dog-themed cryptocurrency is poised to become a game changer in the blockchain gaming industry. The Shiba Inu team has partnered with a renowned developer, AAA Games, to create the Shiba Inu game ecosystem. Over the past weekend, the number of SHIB holders has exceeded 1,040,000.

The steady increase in the number of dog-themed token holders can be attributed to SHIB’s 270,000% gain since the start of 2021, according to crypto analyst Ekta Mourya. Metaverse and Blockchain game tokens Axie infinity and Sandbox have witnessed a surge in active users. Axie Infinity and Sandbox have posted a profit of 18,500% and 12,500%, respectively, since January 2021. Cryptocurrency analyst Alex Krüger announced the top 10 performing cryptocurrencies of 2021 in his latest tweet:

Interestingly, Bitcoin dominance continues to decline as metaverse and gaming tokens gain popularity in the crypto ecosystem. Cryptocurrency analysts state that despite the sudden collapse in the overall cryptocurrency market, metaverse tokens are still in demand.

Lost its uptrend, prob gonna act like quicksand for the next while. pic.twitter.com/CdpGoDWR53

Sandbox earned around 200% in November 2021. The price of the altcoin project is currently in a downtrend. A crypto analyst by the pseudonym imBagsy believes Sandbox has lost its uptrend:

On-Chain Data Is On Fire For This Prank Cryptocurrency!