Home Sport There are rumors that Kyrie Irving is promoting himself to the same... 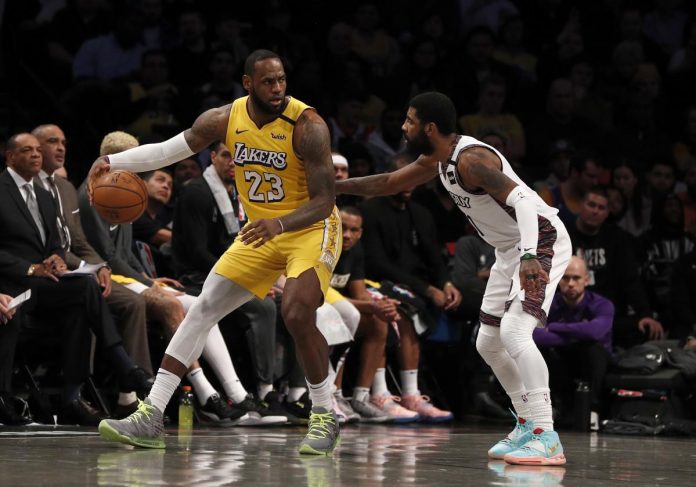 Since Kyrie Irving has received the green light from the Brooklyn Nets to sign and trade, he should definitely keep in mind the preferred destination. One NBA insider has an idea where it might be.

According to Sam Amick of The Athletic, Irving is trying to sell himself to the Los Angeles Lakers. According to the report, LeBron James may even be open to the idea.

LeBron and Kyrie were teammates at the Cleveland Cavaliers for three seasons and won the NBA title together. But while LeBron won titles before and after pairing with Kyrie, Kyrie didn’t do the same.

“There are sources very close to the situation who firmly believe that Irving is trying to break into the Lakers… It seems to me that LeBron James is very open to this idea, but the dynamics are also somewhat delicate.”

It may be difficult for the Lakers to make a deal for Kyrie without giving up a huge compensation. A player like Russell Westbrook or even Anthony Davis may be needed to make a deal.

The fact that the Nets and Kyrie don’t want to continue together anymore doesn’t mean the Nets will give up on him for nothing.

Kyrie is still an elite scorer, and he is only 30 years old. The Nets admit he may be the last piece of the championship puzzle, but not theirs.

Will the Lakers make an offer for Kyrie Irving?