Home Entertainment There are less than 100 days left before the launch of God... 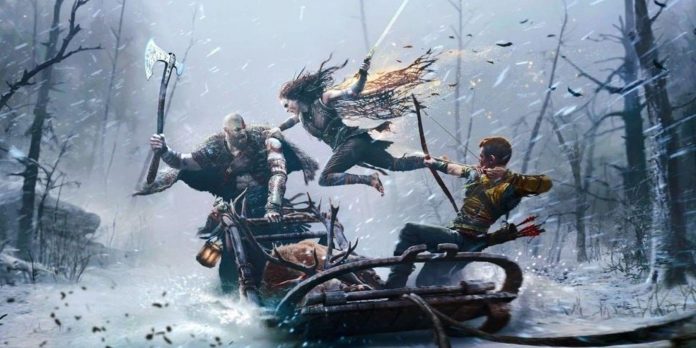 From time to time, an upcoming game appears in the gaming world, behind which there is an unsurpassed amount of hype, whether it’s a brand new intellectual property from a favorite developer, a continuation of a cult series or a favorite indie game that manages to take over the world. attention in spite of everything. God of War Ragnarok is one of these games, perhaps one of the most anticipated games of all time. God of War 2018 presented a revolutionary cinematic video game like no other, and it still confidently ranks first in the lists of the “best games of all time” by most gamers.

RELATED TO: God of War Ragnarok: 8 Changes the Sequel Should Make

God of War Ragnarok Is Still Shrouded in Mystery

When it comes to AAA releases with a huge budget, it often happens that they receive an absurd amount of advertising before the release to ensure that literally everyone in the world knows that the game is coming out. In addition to this marketing, it also usually happens that several trailers were released for the game within a year or two, both to create excitement around the game and to show potential players what they will delve into after the launch.

Interestingly, God of War Ragnarok has launched its big marketing campaign, but it looks pretty sparse in the trailers. God of War Ragnarok was first announced 10 months ago, in September 2021, and only two trailers have been released since then. The first announcing trailer gives an overview of some parts of the game’s history: Atreus wants to explore the world more and find out who he is, rather than hide, and Kratos reluctantly agrees to ask Tyr, the Scandinavian god of war, for help. This trailer also shows several gameplay montages in which Kratos uses the Leviathan Axe and the Blades of Chaos and fights with some familiar opponents.

Sony and Santa Monica have since released another trailer. This cinematic trailer titled “Father and Son” came out a few weeks ago, revealing Fenrir, a giant wolf, and a little more. For a game with such a big budget and such a monumental hype, showing just a minute of gameplay before its release is a bit of a strange move. However, there may be a good reason behind this.

The vast majority of leading fan theories about God of War Ragnarok suggest that the game hides much more than the trailers show. Some people believe that Kratos will die, and some believe that Odin will punch Atreus through time. There are plenty of fan theories out there, and the silence surrounding God of War Ragnarok, even less than 100 days before release, could mean that the game is actually hiding some of its biggest plot and gameplay twists. Regardless of whether Sony and Santa Monica reveal more before the November 9th release date, God of War Ragnarok is already poised to become one of the biggest games ever made.

The release of God of War Ragnarok is scheduled for November 9, 2022 on PS4 and PS5.

Dead Space Remake is designed by former members of BioWare and...