Home Crypto There Are Important Developments In These 9 Altcoins: Here Are the Details! 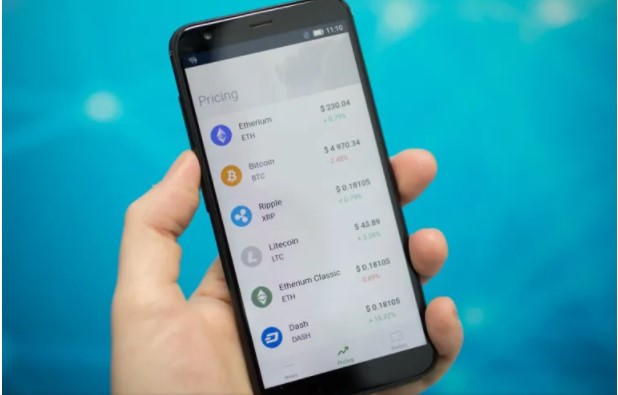 9 altcoins and developments of the week

Komodo (KMD) is up 54% after major push to expand interoperability with AtomicDEX. The addition of 13 Blockchain networks to the project and a newly launched NFT collection were the reasons for the rise. A third factor that draws more attention to the KMD price is AtomicDEX’s cross-chain capability that works person-to-person and does not require surveillance services.

The popular bitcoin analyst said filings with the SEC show the growing interest of institutional investors to buy Bitcoin. Despite the current weakness in the market, the analyst thinks the Bitcoin price will explode once institutional money goes to crypto. You can reach the latest developments from the litigation process that we have transferred as Kriptokoin.com.

FriesDAO announced that it intends to acquire and scale fast food franchises such as Popeye’s, Burger King and Taco Bell by inviting restaurants or QSR networks to operate as part of its crypto governance experiment.

With the help of a white-hat hacker, Polygon fixed a critical network vulnerability that put billions of dollars at risk. The bona fide hacker was paid $75,000 for his services.

A study from the Shiba community explained that while SHIBArmy plans to burn 90% of the total token supply, this is not possible. Shib Informer, a respected Shibarmy affiliate with 488,000 followers, updated a tweet saying it won’t happen once all the tokens are on the market. He also stated in his tweet that the only way to cremate a Shiba Inu is through “community-led cremation initiatives” that are currently underway.

A leading cloud solutions provider has announced that Algorand Blockchain has joined one of the world’s largest marketplaces, AWS.

In last night’s Youtube session, Cardano founder Charles Hoskinson explained the key difference between Theranos and Cardano. When asked to weigh in on the Theranos disaster, he said his company had “no secrets”.

Ripple lawyer Jeremy Hogan said the SEC made a big mistake in its lawsuit against Ripple Labs. With the discovery phase of the case closing in less than two weeks, Hogan thinks the SEC’s last-minute decision to change its argument could be too risky.

According to local news sources, illegal betting operations were organized in 5 provinces based in Istanbul. While 12 suspects were detained, it was shared that Bitcoin (BTC) and Tether (USDT) were used to hide the gains from illegal betting. 1 Bitcoin and 3 Tether wallets were seized in the operation.