Home Crypto There Are Even 29 Million Percent! The Highest Paying Altcoins of 2021! 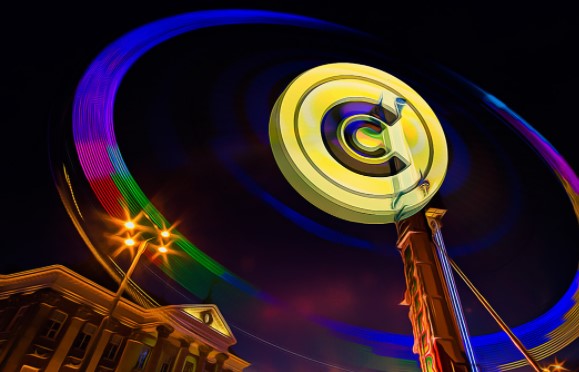 Hoping to publish a similar content on January 6 of 2023, we are discussing the altcoins that have brought the most to their investors in the last 12 months. Among them, there are those who earn 673% and those who earn 29.513,624%, but did you invest in any of them 12 months ago?

2021 was an unprecedented year for crypto. Bitcoin (BTC) and Ethereum (ETH) gained 60.58% and 408.5%, respectively, during the year. DeFi, NFTs, DApps, and DEXs exploded, respectively, with prices rapidly gaining momentum. The increasing interest in Metaverse in the last quarter also caused many altcoins to experience a serious increase.

These days, however, the market is negative and investors are stretching as Bitcoin risks falling below $42,000. Let’s consider the best performing cryptocurrencies of 2021, both for a bit of morale and to remember the recent past.

Before discussing this year’s heroes, let’s talk about how risky the ecosystem is. Many cryptocurrencies have also seen zero this year. In other words, the projects that were invested in expecting 10000% profit were wiped out of the market for rug pull, hacking and many other reasons. This is exactly why you need to be aware that the project you will invest in may not always make you money.

Of course, at the top is the iconic meme token Shiba Inu (SHIB). It was originally created as a joke and as a competitor to Dogecoin (DOGE) in August 2020. Investors posted a mouthwatering 29.513,624 percent profit in 2021 from start to finish. But the network has evolved far beyond its meme status. It now has a TVL that has reached $345 million at the time of writing.

With the ShibaSwap DEX, NFTs and two tokens, Shiba Inu has created its own ecosystem. But until April of this year, very few investors were aware of SHIB. If we go back to March and April, some of you will remember their accounts with 20-30 thousand followers. Now they have reached over 2 million Twitter followers.

Due to its high efficiency, blockchain has caught the attention of many developers from FTX-powered game studios, and the most successful NFT project from Asia, up to the privacy-enhanced browser Brave, which has over 42 million users. In December, Twitch co-founder Justin Kan launched Fractal, a new blockchain gaming-focused NFT marketplace on the Solana network, amassing over 110,000 members.

Closing the year with a 2,910% gain, DOGE attracted the attention of celebrities, influencers, investors and blockchain enthusiasts. Of course, one of DOGE’s biggest fans was Elon Musk. Known as the “Dogefather” by the community, Musk has repeatedly marketed Dogecoin to his 68.9 million followers.

It even confirmed that Tesla will accept DOGE for commercial payments. In a Time Magazine interview, Musk said, “Bitcoin is not a good alternative for transactional currency. Although it was created as a silly joke, Dogecoin is more suitable for transactions. “The total flow of transactions you make with Dogecoin, like daily transactions, has much higher potential than Bitcoin.”

BNB, which finished 2021 with a 1.271 percent gain, is at the top of the list. BNB, which was previously only used as a discount campaign in transaction fees on Binance, the world’s largest centralized crypto exchange, has evolved to be the leader in the DeFi ecosystem and is ERC-20 compliant. Since its launch in 2020, Binance Smart Chain (BEP-20) has reached a significant level with a TVL of $16.61 billion.

Binance takes BNB to permanently destroy some of its profits every three months. During the 17th quarterly burn in October, $639.5 million worth of BNB was burned

According to a recent report by CryptoRanks and Santiment, Cardano (ADA) was the most advanced blockchain in 2021. According to GitHub activity, it has outstripped all the networks. Last September, Cardano implemented the Alonzo fork, which provides smart contract functionality in its proof-of-stake (PoS) network.

Shortly after, the number of ADA wallets exceeded 2 million. At the same time, its founder, Charles Hoskinson, gave good news about the state of the Hydra upgrade, which could theoretically enable the network to process hundreds of transactions per second.

Good News from Shiba Inu and These 2 Altcoins: Into Cart!