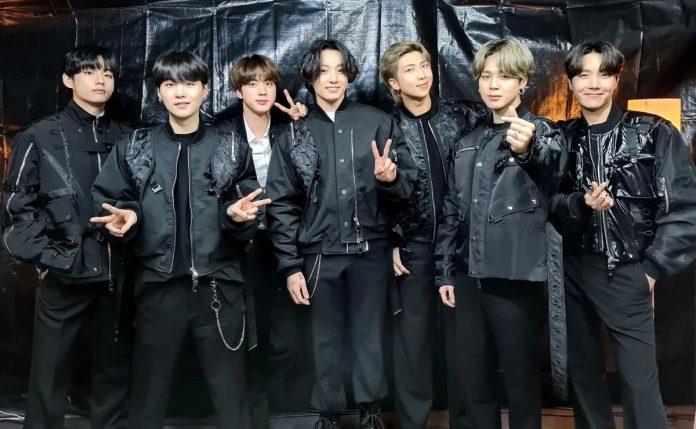 Through different social networks, ARMY from Mexico asked businessman Carlos Slim to bring BTS to Mexico to a series of concerts in Mexico, the fandom of K-pop idols did everything possible to make their request heard.

‘Dynamite’ was one of the most listened to and successful songs of 2020, the first English single by the Bangtan Boys entered different popularity charts and debuted on Billboard’s Hot 100.

The company Claro, dedicated to online media and content, shared the ranking of ‘The best of 2020 Pop in English’, the members of BTS appeared with the retro style of ‘Dynamite’. On Twitter, Big Hit Entertainment posted a message of thanks to the Carlos Slim-owned company for including the track on the list.

The Big Hit post exceeded 400 thousand likes, thousands of interactions and 59 thousand retweets. The Mexican fandom of Beyond The Scene was excited by the possibility that idols will soon visit the Aztec country.

ARMY from Mexico reacted immediately and put the name of Carlos Slim, MX-ARMY, Mexico and Bangtan in trends, asking the businessman to bring the band to Mexico, Internet users gave him some ideas for the possible concert of the idols.

THIS COULD BE THE BTS CONCERT IN MEXICO

The followers of the Bangtan Boys commented that the prefect venue to receive the interpreters of ‘Boy With Luv’ would be the Azteca Stadium, which has the capacity to host more than 87,000 people.

The place would light up in purple, the group’s official color, ARMY would take advantage of any moment to interpret the iconic song ‘Cielito Lindo’ and they would shake their ARMY BOMB with great emotion.

See Also
BTS AND ARIANA GRANDE MEET, SO WAS THEIR MEETING