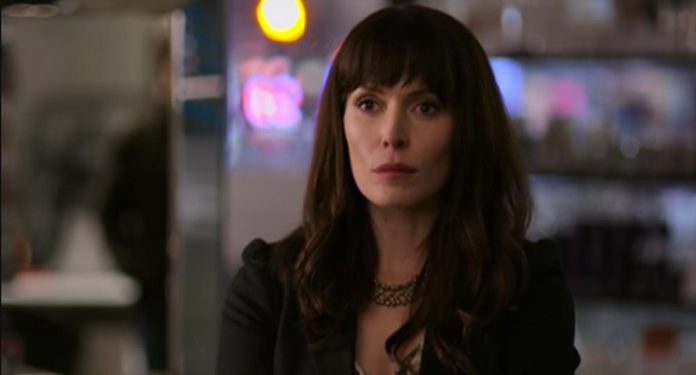 Many Virgin River fans are convinced that Charmaine (Lauren Hammersley) might have actually been having an affair with Jack’s ex-war buddy Dan Brady (Ben Hollingsworth).

The last season of Virgin River featured big reveals for Charmaine. Not only did she discover that she was suffering from hyperemesis, but she also discovered that she was having twins with Jack (Martin Henderson).

Over the course of the Virgin River season, viewers followed suit as things got tough for the mom-to-be. This was especially the case when she struggled with her feelings for Jack being unrequited.

However, some fans think that there may actually be more to Charmaine’s story than has been revealed so far. An important theory suggests that she, too, may have been in a romantic relationship with another of the Virgin River residents.

This stems from an unresolved plot point from the show’s first season. Fans will recall in Virgin River episode six, the residents of the small town went to a dance called a mix.

Jack and Charmaine arrived together as they were dating at this point with the bar owner taking her to the event. However, they got into a fight and didn’t leave together, which has left some wondering what happened to her after this at Virgin River.

Virgin River fans have a popular theory about what exactly happened after the dance. This theory has also led to the belief that Brady (Ben Hollingsworth) may be the father of Charmaine’s babies.

If this were true, it could solve one of the biggest barriers for Mel (Alexandra Breckenridge) and Jack to be together in the Netflix drama. Whatever the case, it looks like season three could be Virgin River’s most dramatic outing yet.

See Also
Charmaine's demeanor that made her the hated character